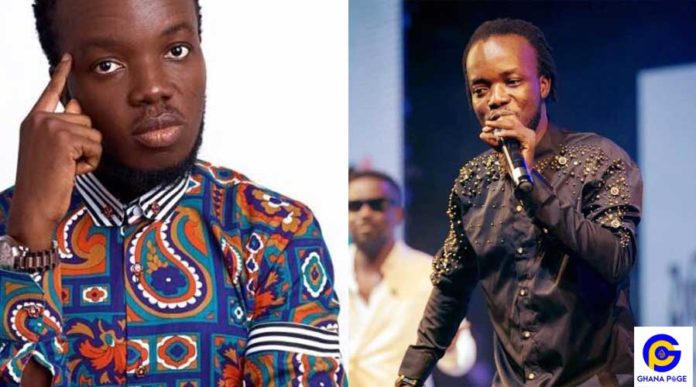 Ghanaian highlife musician and songwriter Gladstorm Kwabena Akwaboah Jnr popularly known in the music industry as Akwaboah has refuted claims that he stole a song which belongs to an upcoming artist.

According to the ‘Hye Me Bo’ hitmaker, he has a lot of songs to his credit and that he is too big to do such unprofessional thing.

“I am too big for that, my spirit and soul wouldn’t permit me to do that. To take someone’s song and redo is below my standard.

I have so many songs to my credit, is it now that I will listen to someone’s song to write mine? If I want to steal someone’s song I would have stolen my grandfather’s.

Everyone has a problem and I have decided to use mine as a song, that doesn’t mean I have stolen anyone’s music. I mean anyone at all can have this concept. I don’t know anyone called K. Bibini, I don’t know where he is from and I have never heard his song”, he stated.

ALSO READ: I entered into music because of Drake -Kwesi Arthur

According to K. Bibini, his latest song ‘Obia Wo problem’ and Akwaboah’s song titled ‘Problem’ which features Nautyca has the same concept and believes he (Akwaboah) stole his song.

Akwaboah is a talented songwriter and a master keyboardist as well. He has played for several local and international artists including John Legend and Hugh Masekela.