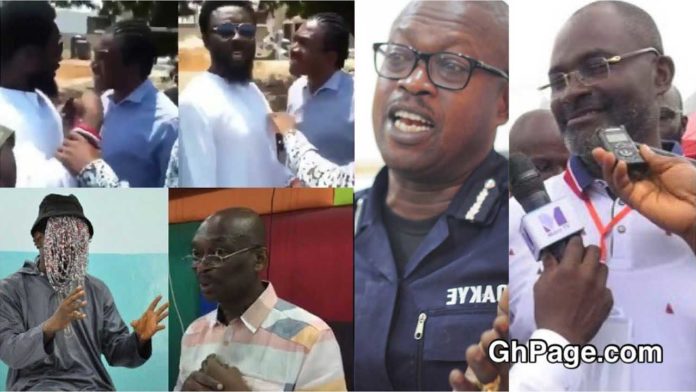 It would be remembered that barely a week ago a viral video surfaced on social media of a man claiming to be investigative journalist Anas Aremeyaw Anas who had been caught at Tse Addo an area in Trade Fair.

According to the viral video, the said Anas Aremeyaw Anas has gone to the area to claim ownership of a land that belonged to another person.

Well, in a new twist to the story which we slighted, it says Kennedy Agyapong’s Net 2 TV has confirmed that the young man captured in a viral video is indeed Anas Aremeyaw Anas with shocking revelations.

According to a Presenter with the station identified as Justice Kweku Annan revealed that the land originally belonged to a La stool lawyer called Kojo Graham who also sold the land to another person.

The new buyer had to fight with Anas because Anas was also laying claim to the said land.

The new owner of the land realizing Anas had been using armed land guards on the land also hired his own land guards who clashed with Anas and overpowered him forcing him to disclose himself as Anas.