Alleged ex-lover of Medikal jams to his ‘Ayekoo’ song 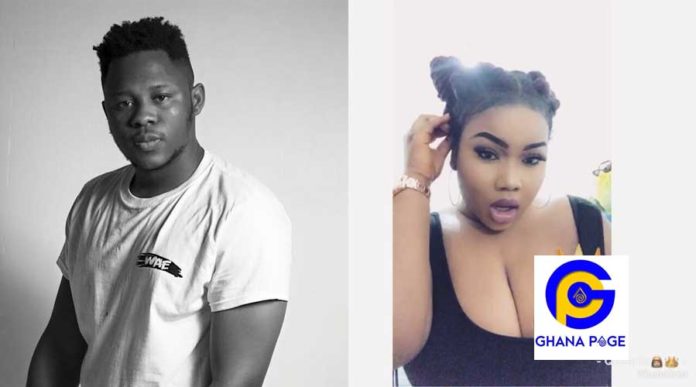 The alleged ex-lover of Ghanaian rapper Medikal, known as Samira has been spotted jamming to the rapper’s latest song ‘Ayekoo’ which features King Promise.

The video shared by Medikal alleged side-chic Samira on her Instagram page singing along to the latest hit song.

ALSO READ: Medikal set to release a song with Davido

However, the video shared by the model has received mixed reactions from her followers on social media.

ALSO READ: Davido fights lady who accused him of selling his soul to politicians

One social media, Kobby_marvels wrote: This song would have been yours, but

_jesus.savesoutreach also wrote: Medikal still likes you but he won’t get

Juicy-shola stated; You are beautiful

Recently, it was reported that a private chat between Samira and Medikal had leaked where she was not pleased with the fact that the rapper chose Fella Makafui over her.

In the leaked chat, Samira told Medikal to either choose between her and Fella Makafui but the rapper asked her to calm down so they discuss the issue at hand.

Popular millionaire Ibrah Wan has gone to the cemetery to show graves and warned Ghanaians and his haters bothering him to stop.
Read more