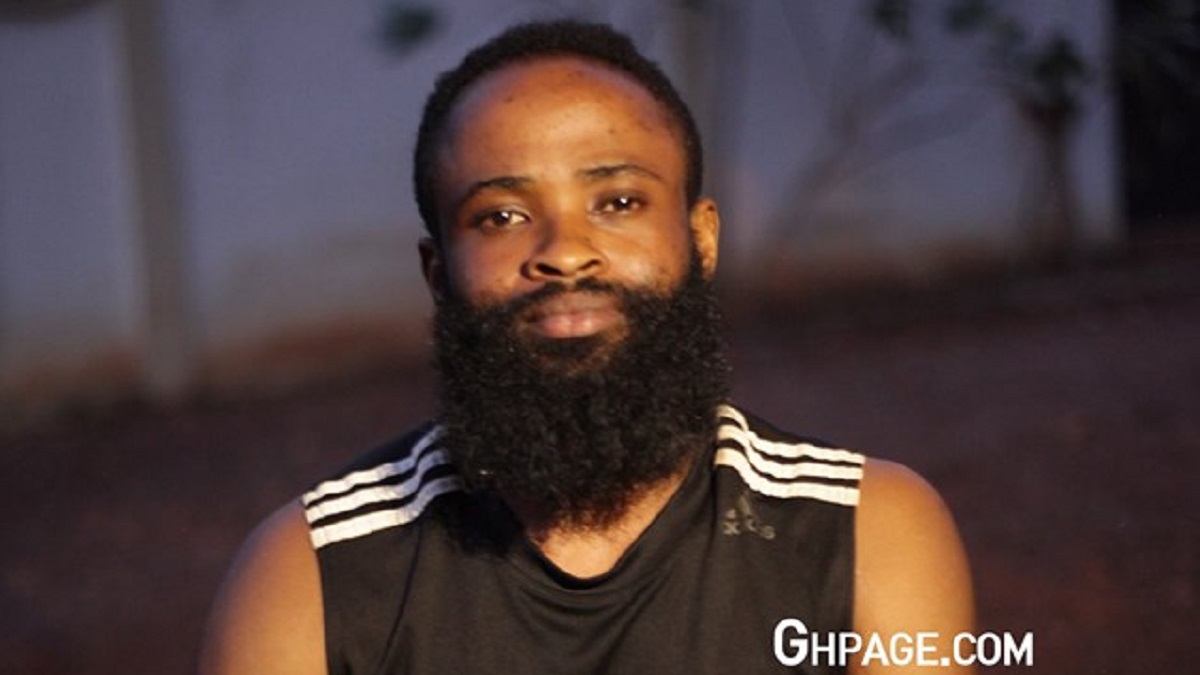 The alleged sakawa guy who was seen chanting on the streets of Kejetia a few days ago has finally explained what really led to his actions at the market.

In an exclusive interview with Ghpage TV, the young man identified as Agyeman Badu explained that he is not a ritualist or involved in Sakawa but just a phase he was going through to overcome some demons tormenting him.

According to Agyeman Badu, he wasn’t able to complete Senior High School so his late father decided to take him to Spain where he joined a football club.

Agyeman described himself as the ‘Saviour of the world’ and while he was in Spain, one of the leaders in the club decided to introduce him into occultism in order to make him the most sought after player in Spain.

Agyeman explained that he agreed to this idea but he realized he was been tormented so, in January 2014, he decided to leave Spain for Madrid and later to Barcelona.

He added that from Barcelona, he had plans of moving to Holland but was detained at the France Border because he wasn’t having the required papers to travel to Holland.

The young guy further stated that he was detained for almost two weeks and after some court proceedings decided to deport him back to Ghana on 10th April 2014.

He explained that the leader of the team who was into occultism wanted him (Agyeman Badu) to sell his soul to the devil and made him this way because he decided to stay away from that life.

In reacting to why he went to the Kejetia market to chant, he explained that some evil forces and demons are fighting against him so his action at the market was to fight back the demons.

He added that he went to Kejetia Market to call on God to help him fight the demons who want him dead. According to him, there would have been a great disaster in Ghana if anyone dares lay his hands on him.

Agyeman Badu reiterated his point that he is not a Sakawa guy and has never gone to a fetish priest for any spiritual powers.