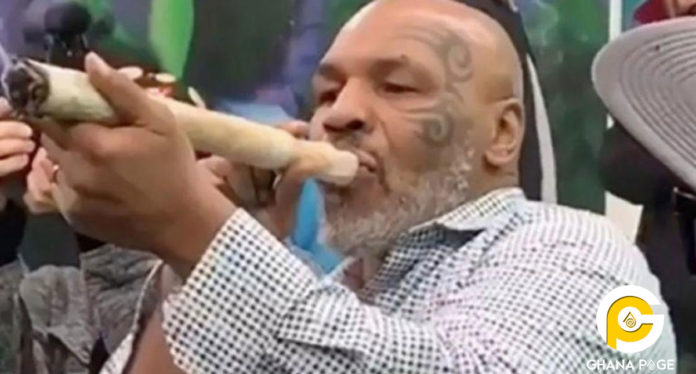 Popular American Boxer Mike Tyson also known as ‘IRON’ has disclosed the exact amount he spends on weed each month.

In a recent interview he disclosed that he spends at least  $40,000 on weed every month.

In the interview on Hotboxin’s podcast, Mike Tyson revealed this saying that he is not ashamed of how much weed he smokes each month.

Mike Tyson announced a few months ago that he owns a 40-acre cannabis ranch close in California’s where he grows weed. He opened this ranch after the Carlifonia legalized weed.

He has also opened a school for people looking to go into weed cultivation at the ranch called ‘The Tyson Cultivation School’.