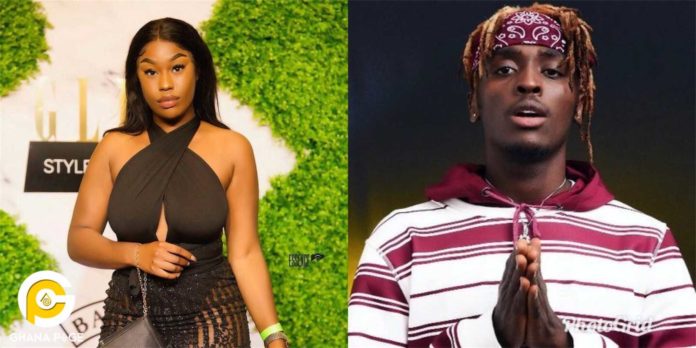 Popular Ghanaian rapper Edward Kofi Agyemang known by the stage name Kofi Mole has admitted to being in a romantic relationship with female musician Cocotrey.

In an interview, the “Don’t Be Late” hitmaker disclosed that he met Cocotrey through her manager and since then they’ve had good chemistry.

Kofi Mole also revealed that he recorded his recent single dubbed “Bestie” for Cocotrey due to the love he has for her.

However, the rapper also indicated that he has another girl known as Afia that Cocotrey is aware of.

According to Kofi Mole, he is going the King Solomon way of having many girls adding that Cocotrey is aware of this development.

Kofi Mole further stated that he has been together with Cocotrey for some months and is hopeful that they will settle down soon.

There have been rumors of the rapper being in a romantic relationship with Cocotrey but they have however confirmed their relationship.

Kofi Mole is popularly known for his hit single “Don’t Be Late” which was a massive hit. He was recently awarded the Next Rated Act at the 2019 3Music Awards.