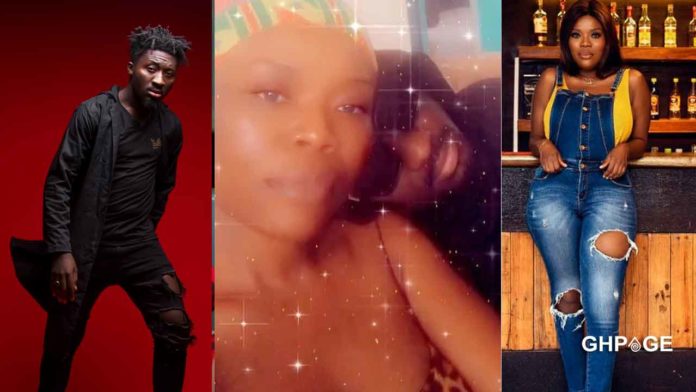 Young exuberant rapper, Amerado, has finally broken silence on his alleged romantic relationship with Delay during an exclusive interview with Poleeno Multimedia.

Just recently, Amerado and Delay were captured in a lovey-dovey video. The two met at a program and Amerado again seized the opportunity to cause a stir.

READ ALSO: Is it barrenness that has depressed you to be dating kindergarten kids? – Lady blasts Delay

This video that went rife on the internet rekindled the undying rumors that they are in a romantic affair behind the scenes but have refused to admit such in the public domain.

READ ALSO: Watch how Amerado and Delay romantically hugged like they are married at an event – Video

According to Amerado in the course of his interview with Poleeno Multimedia, Delay is his big sister from another mother hence there’s no way he can date her.

The “Abotre” hitmaker went on to add that, the SECRET they share which makes them appear as lovers is that Delay wholeheartedly appreciates his craft and vice versa.

The reason she’s all over him and doing her possible best so that he can reach his full potential in the showbiz industry.

He further earnestly begged Ghanaians to stop tagging them as lovers because they are not.