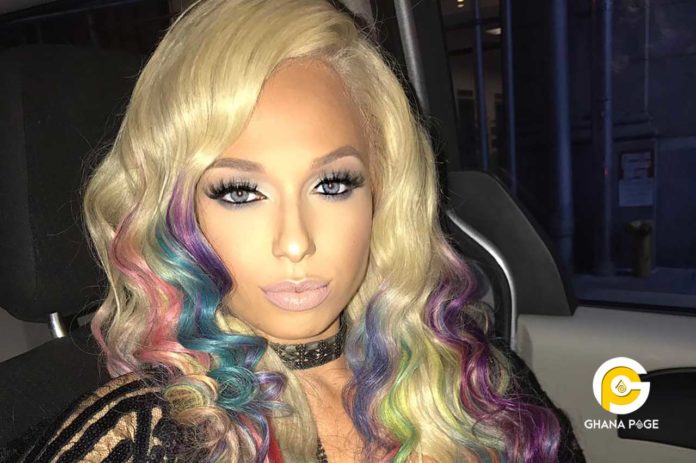 American rapper Mariahlynn Araujo has announced the boss of Shatta Movement Shatta Wale as the number one artiste in Ghana during a recent performance.

In a video sighted on social media, the rapper during her performance stopped and shower praises on the self-acclaimed Dancehall King and even making reference to his song with American singer Beyonce titled “Already” off the Lion King album.

According to what we’ve been able to gather, Mariahlynn Araujo and Shatta Wale have a song together titled “Be Strong” which also happens to be one of her most streamed song on her new project.

We believed she enjoyed working with Shatta Wale on her new project that was why she had to shower praises on him during her performance.