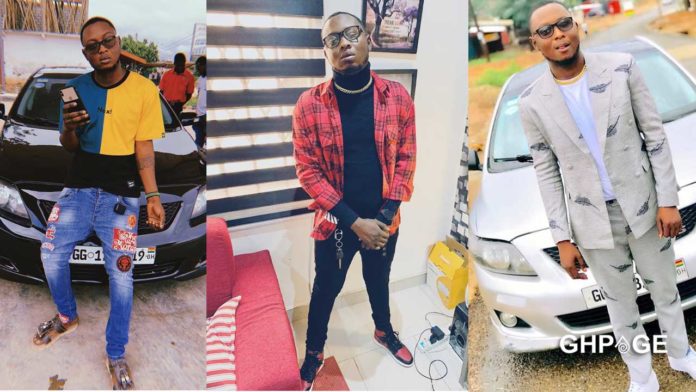 Many at times people are fast to tag people who are progressing as being a sakawa guy or engaged in internet scam in other to live the lavish lifestyle.

Yesterday, we reported that a social media user has accused a young rich guy on social media identified as AMG Benjamin of using his left eyes for his riches.

Well, AMG Benjamin has finally responded and explained how he lost his eyes.

According to him, he lost his left eyes at a tender age of 13 when he was dreaming of becoming a professional footballer.

He continued by saying he hustled hard for his money and has no affiliation or whatsoever to do with the Sakawa tag.

AMG Benjamin explained that he wouldn’t have responded to the claims leveled against him but his dad and sisters called him on the phone which made him emotional hence his decision.

He further went on to state that the reason why Ghanaians are suffering is that they don’t want to see anyone prosper example is himself just because he had bought a Corolla car, people have started.

The young and rich AMG Benjamin threatened to get anyone who spread false rumors about his source of wealth arrested and jailed.