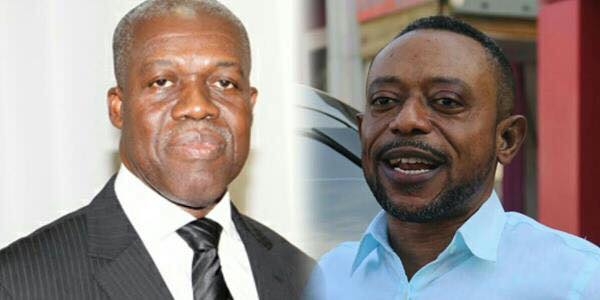 The death of former Vice President Paa Kwesi Amissah-Arthur has created a dark cloud over the country as different classes of individuals have expressed shock at the demise of the former statesman.

Read Also: I will beat Anas like my son – Owusu Bempah

Reports sighted by Ghpage.com indicates that the former Veep collapsed at the Airforce Gym on Friday morning during a workout session. He was later rushed to the 37 Military Hospital where he passed on.

It has however emerged that prior to this incident, founder and leader of the Glorious Word Ministry International Reverend Isaac Owusu Bempah had called for prayers to be made on behalf of the former Vice President during his New Year prophetic service on January 7, 2018. At the church service, Rev. Owusu Bempah disclosed that an ex-president of Ghana would die, resulting in a national mourning.

But reacting to the sudden death of the statesman, the controversial man of God said the late Amissah-Arthur was “killed”.

He claimed he saw the death, contacted the family but did not give him any feedback.

“Yes, I predicted the death of the Vice president. When I predicted his death in church, I informed the family and they came to me. I told them what to do to avert the death but they didn’t come back until I heard his death this morning.

Rev. Owusu Bempah said he is not bothered by the criticisms because he speaks the mind of God.

“It’s very sad but I believe he didn’t die naturally. Yes, we are hearing he collapsed and died but I can say it was not natural. I will tell the cause of death after his funeral” he said on Accra- based Okay FM monitored by Ghapage.com.

Listen to audio below;