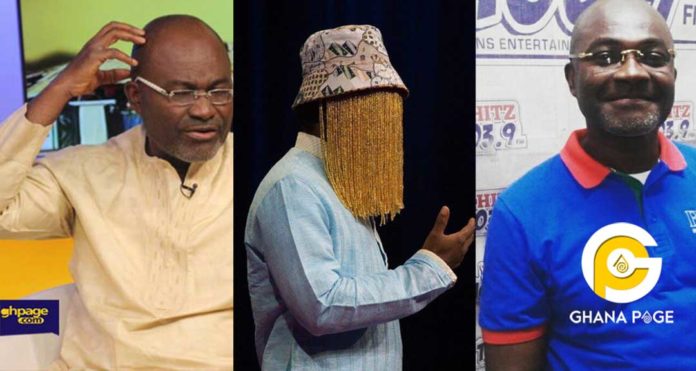 Kennedy Ohene Agyapong, the member of Parliament for Assin Central in the Central Region of Ghana has alleged that Anas Aremeyaw Anas, the award-winning undercover journalist’s body has begun to rot.

According to Kennedy Agyapong, Anas is going through that punishment for causing untold sufferings to high profiled Ghanaians as a result of his entrapment investigations.

Kennedy Agyapong who has vowed to unmask Anas for the world to see who he really is was speaking with Adakabre Frimpong Manson at his office in an exclusive interview.

Kennedy Agyapong cited an example when a judge at Dwuabeng in the Ashanti Region whose conservation with his client was illegally recorded by Anas and premiered labeling him a corrupt judge.

Kennedy Agyapong’s attacks on Anas Aremeyaw Anas started prior to the premiere of the Number 12 exposé. According to the honorable member of parliament, Anas is corrupt so he has no right naming others as corrupt.

Kennedy Agyapong claims Anas blackmail his victims with his recordings for money, houses, and other expensive things. If the victims fail to cough up these blackmail demands, they are exposed by Anas