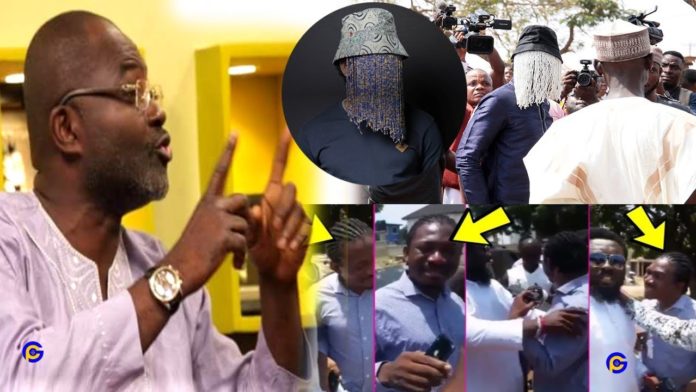 Renowned investigative journalist Anas Aremeyaw Anas has finally reacted to the viral video which suggested that he was claiming ownership of land that belonged to someone.

In a voice obtained by Ghpage.com, the investigative journalist revealed that there was a case in court over the land he purchased and the final judgment was in his favor.

Anas Aremeyaw Anas also disclosed that he has been out of the country for some time now so he lawyers handled all the legal processes.

He added that he will not be idle and watch someone steal his land just because he is a Journalist.

“There is a case in court over the land I have purchased and the judgment of the case is out. I don’t control the military and in any case, I have not been in the country so how would I have brought military men.

The judgment was in my favor, I never went to court, my lawyers did and they argued. It is the court of law that determines ownership at the end of the day. The fact that I am a Journalist doesn’t mean if someone is taking my land, I should sit down.

The only thing I can do is to engage lawyers and the case has been in court for 8 months”, Anas Aremeyaw Anas disclosed.

It can be recalled that there was a viral video where a man claiming to be Anas Aremeyaw Anas was fighting over land.

According to a Presenter at Net 2, the land belonged to a Lawyer known as Kojo Graham who sold the land to someone.

The new buyer and Anas are both claiming ownership of the land which involved in a fight after both parties sent land guards to protect the land.