No difference between Anas and the terrorist group, ISIS-Nyantakyi 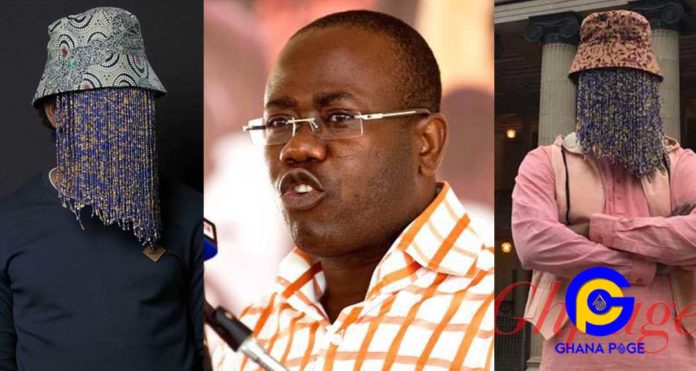 Embattled former GFA president, Mr. Kwesi Nyantakyi has likened the activities and operation of Anas Aremeyaw Anas and his Tiger Eye PI team to the operation of the dreaded terrorist organization, ISIS.

According to Nyantakyi in a phone in interview with Abedi Anim on Net2 TV, Anas is not licensed by any institution be it Ghana or anywhere to record people indiscriminately not to talk of trapping people intentionally to record them and later turn around to accuse them of corruption.

SEE ALSO: Anas and his team are criminals – Kwesi Nyantakyi

Nyantakyi explained that their activity does not even end there; after trapping their victims, they turn around to blackmail the victims for huge sums of money and if that fails they go about crucifying the victim with their so-called premiering of their exposé which in actual fact is just an entrapment not undercover work.

Nyantakyi revealed that Anas took advantage of his desperation to get a sponsor for the Local league to launch bus diabolical scheme to get him removed. And the whole schemed was paid for by some individuals within the Ghana Football Association.

The former GFA president who is serving a lifetime ban from FIFA described Anas and his Tiger Eye Team as a criminal organization and revealed a case has been filed against Anas in Dubai which will be called one day.

Listen to Kwesi Nyantakyi Below

SEE ALSO: Anas set to drop a wild video that will shake NPP

Nyantakyi has also alleged that Anas Aremeyaw Anas after his investigations approached him and demanded $150,000 for him to drop the investigation. Initially, he demanded $400,000 because his employers paid the same amount.