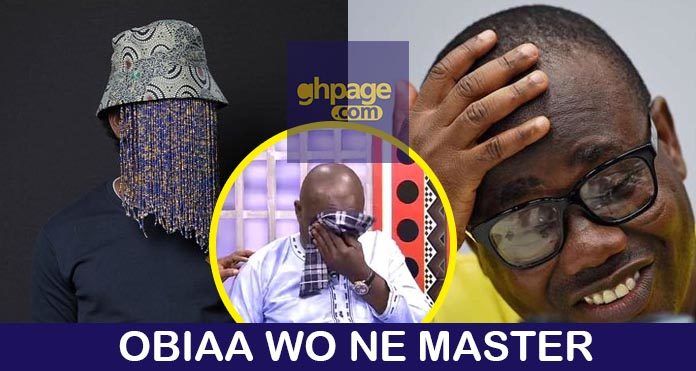 Anas has, over the years, unearthed corrupt practices among top-notch officials in the country and beyond.

His latest work is a documentary dubbed ‘Number 12’ which uncovered corruption within the Ghana Football Association (GFA) was premiered on 6th June 2018 which rocked Ghana football and exposed the depth of corruption in the association.

After all attempt to stop the premiere of the video by Assin Central MP, Kennedy Agyapong failed, Anas Aremeyaw Anas has gone a step further to rub the faces of the corrupt individuals especially the former head of the Ghana Football Association, Mr Kwesi Nyantakyi and Kennedy Agyapong.

In the view of the lawmaker, Anas entraps persons caught in his documentaries, a situation he believes should not be countenanced.

Anas took it a bit further by congratulating musician Yaa Pono for dropping the video to his hit song “Obiaa Wone Master” which translates to “Everybody has a master” indicating that indeed he’s the master of the two.

But the post has been seen as Anas throwing indirect shades at Kwesi Nyantakyi, who until the recent expose was seen as the untouchable head of Ghana football who could quash every rumour or threat to his leadership under his foot and get away with it.

Mr Kwesi Nyantakyi released a press statement yesterday trying to exonerate himself of blame from the criminal dealings Anas’ video had caught him in.

The Tiger Eye team then also released a statement of their own daring Nyantakyi to provide proof of accusations levelled against Anas and the team in his release.

Below is the tweet from Anas shading Mr Kennedy Agyapong and Mr Kwesi Nyantakyi.

read more: BREAKDOWN OF THE TOP GFA OFFICIALS CAUGHT IN THE ANAS EXPOSÉ