Anas Aremeyaw Anas takes off his mask for BBC (Video) 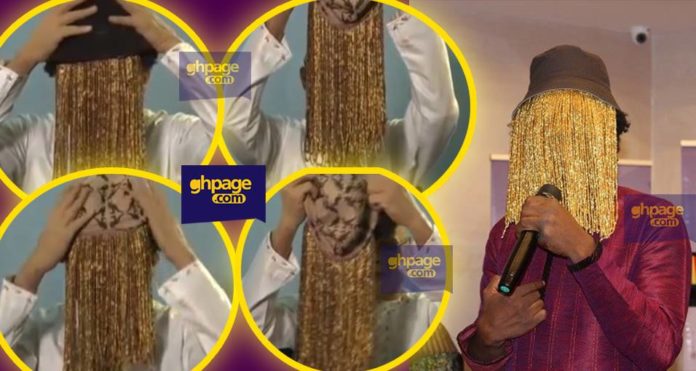 Anas Aremeyaw Anas is an institution they say. He is the hottest topic in the country at the moment, following his recent expose dubbed number 12, which is yet to be premiered on June 6.

GHPAGE.com has sighted a video where he was having an interview with BBC.

In the interview in Accra and which seems to have been taken some years back with the BBC’s Sammy Darko — Anas took off the hood that normally covers his face, and with which he has become synonymous in recent times.

However, his identity still remained hidden, as he wore a prosthetic face mask.

Anas has done several investigative exposés which have uncovered some massive corruption in the county.

His latest investigation has uncovered massive corruption in the Ghana football administration.

Video snippets of the yet to be released investigation caused the President Akufo-Addo to lodge a complained to the criminal investigation department of the Ghana Police which led to the arrest of GFA President, Kwesi Nyantakyi.

Since then, it has made Kennedy Agyapong seems an unhappy man.

Kennedy Agyapong has been behaving like a wounded lion since his name was dropped by Kwesi Nyantakyi in the ongoing Nyantakyi-Anas saga.

According to reports, Nyantakyi named the Assin Central MP has one of his strong “links” in government.