Anas Aremeyaw Anas, the award-winning Ghanaian investigative journalist has allegedly been arrested in a “land scam gone bad” in Accra.

In a video that is fast going in all the media platforms, the CEO of Tiger Eye is being manhandled by a group of angry macho men who were leading him to the police station.

SEE ALSO: Sad Story of how Ohemaa Woyeje allegedly kidnapped ‘Asana’ seller and tortured her for dating her husband shocks fans – Here is what happened (Photos)

The report obtained by Ghpage.com explains that the man believed to be Anas Aremeyaw Anas was arrested trying to wrongfully possess and sell a piece of land belong to some Ga Natives at the Trade Fair in Accra.

But luck ran out and he was apprehended by the men who insist in the video going viral that they have arrested Anas Aremeyaw Anas.

Although it is not yet determined if the man arrested is indeed Anas Aremeyaw Anas, he shares a striking resemblance with photos leaked by Kennedy Ayapong as the real face of Anas.

It could also be recalled that Kennedy Agyapong alleged that Anas is one person who is famous for stealing lands in luxurious areas with his influence and sheer bully.

Well, watch the video below and draw your own conclusions.

Is that not Anas Aremeyaw Anas being arrested?

SEE ALSO: Stonebwoy finally explains why he does not sing Kelvyn Boy’s verse on ‘Kpo Keke’ anymore on stage

What do you think? Could that be the award-winning journalist? Ghpage.com is following the breaking new and we will keep you updated. 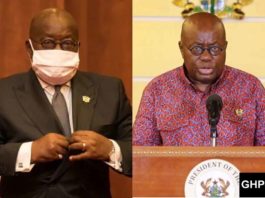 President Akufo Addo goes into 14 days self-isolation after being exposed... 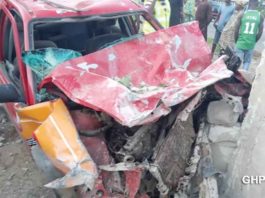 Ghanaian lotto winner kills family of 5 whilst jubilating after winning... 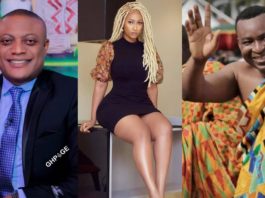 Hajia4Real wrote a love letter to Wontumi in the name of...