Anas is an enemy and a Pharisee to Ghana-Chairman Wontumi 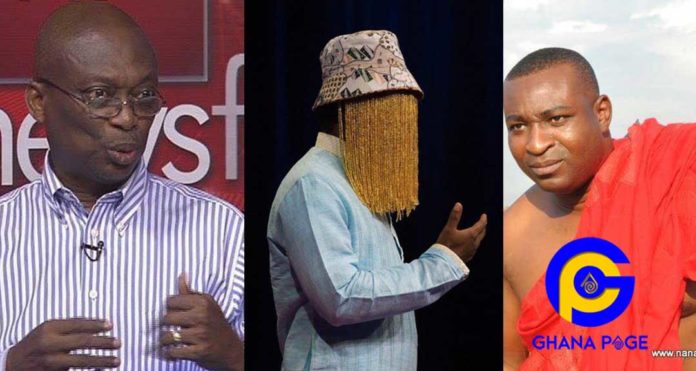 The Ashanti Regional Chairman of the ruling New Patriotic Party (NPP), Bernard Antwi Boasiako popularly known as Chairman Wontumi has described the award-winning investigative journalist of Ghana, Anas Aremeyaw Anas as an enemy of the state who could be compared to the Pharisees stated in the bible.

Chairman Wontumi claims Anas is more corrupt and an enemy than the “savior” people perceive him to be. He further sent a strong warning to Editor in Chief of the New Crusading Guide Newspaper, Abdul Malik Kweku Baako to advise Anas before he feels his wrath.

“Anas is known for duping people because his line of investigation is absurd and should be condemned. Kweku Baako doesn’t know his boy well and so he needs to advise him well because he is disgracing our country. His way is an unorthodox way and therefore should be condemned. I think Anas is an enemy and a Pharisee to the state”.

Chairman Wontumi was reacting to the latest investigations by Anas which was recently shown on major TV stations.

In the video, several members of the Inter-Ministerial Committee on Illegal Mining (IMCIM) set up to fight Galamsey were captured taking bribes to facilitate the process and to provide security protection for an illegal mining company

The secret filming captured Secretary to the Inter-Ministerial Committee, Mr. Charles Cromwell Bissiw, taking cash amounting to GH¢35,000 in three meetings through one Andy Owusu, a connection man, to circumvent the process to renew the mining license for ORR Resources Enterprise.