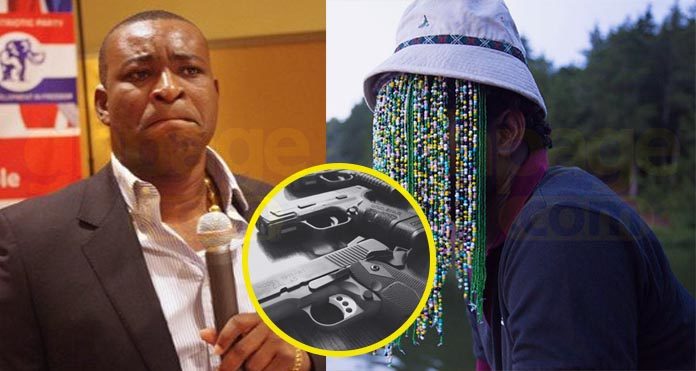 The maverick politician, Kennedy Agyapong is on a mission to ‘unmask’ the investigative journalist, Anas for ‘blackmailing and extorting’ money from people.

He has since been showing pictures of the investigative journalists on national television and playing audios purporting to be the underhand dealings of the revered journalist.

In a video spotted on social media, Mr Wontumi is seen accusing Anas of doctoring interviews he has with people.

According to him he once pulled a gun on Anas due to his corrupt nature of investigating people, adding that Anas is more corrupt than the “saviour” people perceive him to be.

“I don’t know Anas in NPP; I know Anas to be a Mahama Boy. He works for the NDC. He is a very corrupt guy and very soon I will come out. I once pulled a gun on him”, he said.

“If you take his tapes to the lab, you can detect they have been cut and some taken out; that is what will make you know he is a liar”, he said.

On Monday, Mr Agyapong revealed on Adom FM’s morning show, “Dwaso Nsem” that Anas had tried to “blackmail” Chairman Wontumi a number of times but failed.

“He wanted to set up chairman Wontumi; he tried setting Wontumi up with some women”, Mr Agyapong asserted.