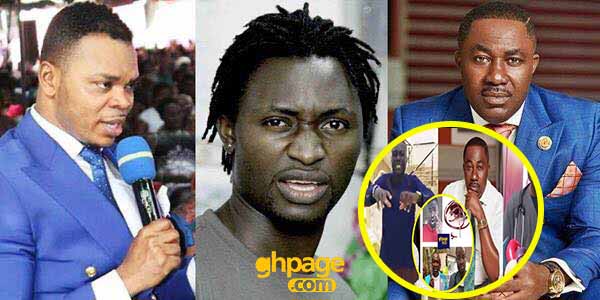 According to T-P Klan, Despite Group workers and Captain Smart has no moral right to condemn someone who has said false news about their boss because they have for years called Angel Obinim false names on their respective radio stations without any proof.

The OB TV presenter stated that how they [Despite Group workers] feel right now that someone is calling their boss bad names is how they also feel whenever they call Angel Obinim a fake prophet.

For some weeks now, workers of Despite Group has been up in arms against a USA based Ghanaian, Emmanuel Addai who calls himself an Evangelist.

It all started when after Despite Groups Health Fair where patrons donated blood and also took several medical tests, Evangelist Addai Emmanuel came out with a video alleging that Dr. Osei Kwame Despite is an occult and he uses the blood collected for his ritual sacrifice.

SEE HERE: Video:Abeiku Santana replies Evangelist Addai over his claims of involvement in ‘occultism and satanism’