Angel Obinim is fake and childish – Rev Obofour blasts him 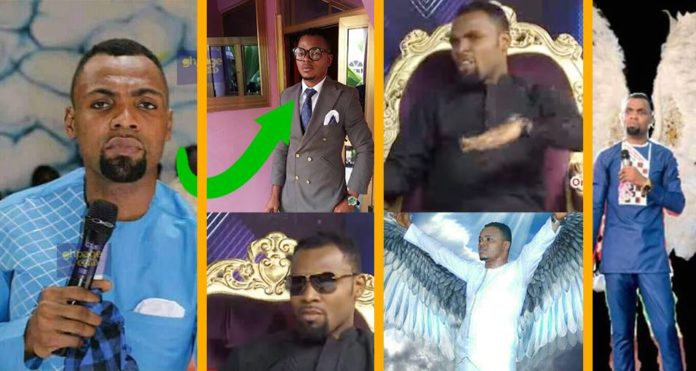 The two have always been entangled in a number of controversies with Obinim outweighing Obofour when it comes to that probably for him being for so long a time.

Well, Rev. Obofour has in a video lashed out at his fellow man of God Obinim calling him a fake and childish person.

According to Reverend Obofour, when Obinim heard that he(Obofour) was coming up and fearing competition he had to go stand in front of his followers and lied to them that he was an angel sent by God to deliver his people.

Obofour also added that he was not an Angel and its just childish and foolish talk for someone(referring to Obinim) to say he is an Angel. Explaining further, he stated that he(Obofour) was anointed so he could call on Angels to help deliver the cries of people and he would reduce himself if he says he is an Angel.

Also Read: Rev Obofour reveals a deep secret he did with Obinim

Watch the video of Obofour blasting Obinim below:

But it will amaze you to know the had been in existence for a long time but Obinim got the media attention earlier than Obofour due to his one time challenge with Ebenezer Adarkwa Yiadom; another controversial pastor in the country.