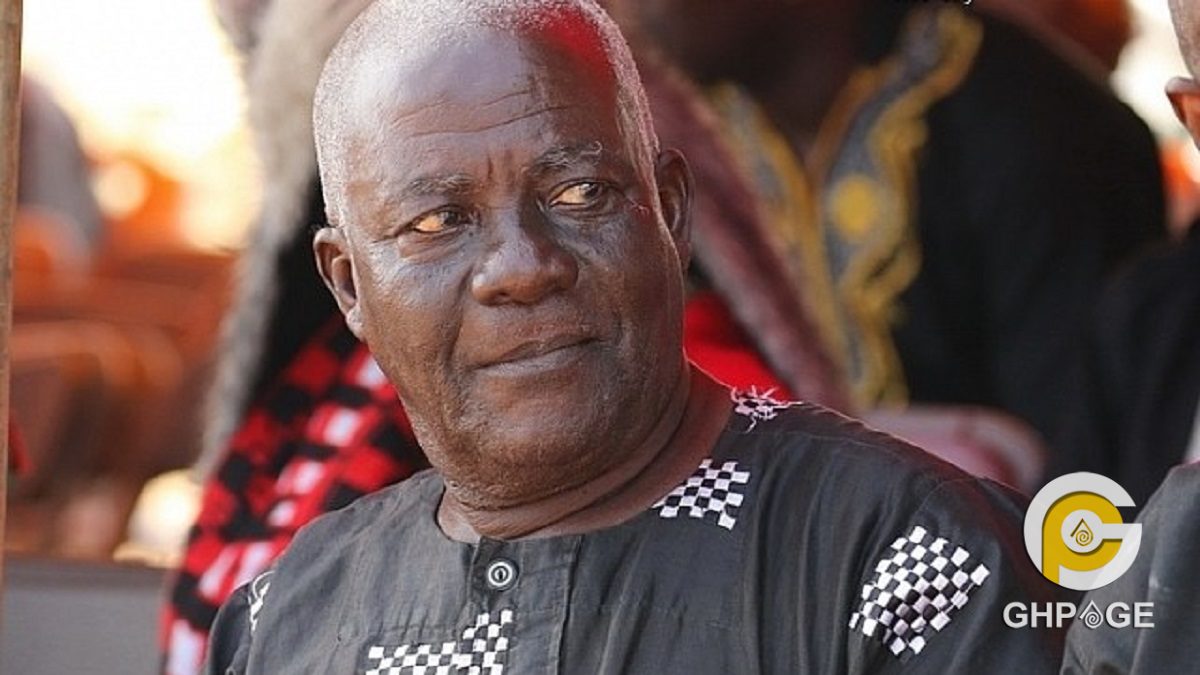 The founder and leader of International God’s Way Church Bishop Angel Daniel Obinim has given out a house, car and a sum of 10,000 cedis to veteran Ghanaian actor Paa George.

The actor who has been a member of Angel Obinim’s church for almost four years stated that he has not been able to build a house from the revenue he gets from acting.

According to Paa George, he has four children and it is his wish to get a house and other properties for his wife and children before he passes away.

The 82-year-old veteran actor made this statement to Angel Obinim when the man of God claimed he saw a bad prophecy about the actor and invited him in front of the congregation to pray for him to avert the evil prophecy.

The man of God decided to gift a house, a car and a sum of 10,000 Ghana cedis to the Veteran actor to make his life comfortable.

Paa George originally known as George Appiah Kubi who could not control his emotions shed tears as he expressed appreciation to Angel Obinim.

This is not the first time the controversial pastor has given out such a gift, he recently gave out 14 cars to his junior pastors.

Angel Obinim recently bragged about being the richest pastor in Ghana and disclosed the number of houses he owns in Accra and Kumasi.