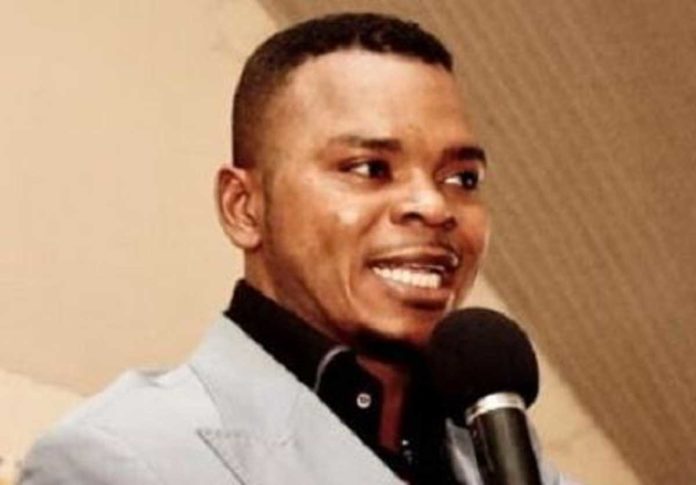 The head pastor of International God’s Way Church Angel Daniel Obinim has threatened to crush Evangelist Papa Shee for claiming he is a fake man of God.

According to Angel Obinim, he is indestructible and no so-called man of God can defeat him spiritually.

ALSO READ: The true confession of a Sakawa King Abusua

The controversial man of God also bragged about his number of houses and numerous properties he has acquired.

“When did you become a Pastor for you to challenge me? I know bible and scriptures than you. You cannot beat me spiritually because I will crush and destroy you.

I will show you that I am a spiritual being and you are just a human being. You are beneath me and if you doubt go and ask Father Jesus Christ. If you claim you beat me spiritually why didn’t it appear physically?

Ghana belongs to me, I am a spiritual realms president. Who can defeat me? No Pastor can boast that they are richer than me and I have houses in Dubai, Spain, Canada, and other countries. I also have 30 houses in Ghana. Don’t try me because I will crush you. If you dare me, you will lose your life”, he warned.

ALSO READ: I had a spiritual battle with Obinim and he nearly died -Papa Shee

It can be recalled that Evangelist Papa Shee revealed in an interview that he had a spiritual battle with Angel Obinim where he nearly lost his life.

Evangelist Papa Shee also added that Obinim attacked him spiritually with a gun but he beat him severely, leaving him very weak.

However, Angel Obinim in reacting to the statement stated that no one can ever beat him spiritually because he is an ‘Angel’ from God and cannot be defeated.