Ghpage News a few minutes go broke the news about the death of a final year business student of the KNUST Senior High School identified as Sam Leonard.

As reported. school authorities left the boy, who complained of stomach ulcer. unattended to for almost four hours in the care of his colleagues due to the fear of Covid-19.

Our source also gave the information that the Senior house master and some other teachers who were around instead of rushing the sick student to the nearest hospital called his parents who reside nowhere close to Kumasi to come for their child.

Following this tragic incident, angry students of the school have staged a chaotic protest against school authorities thereby vandalizing properties on campus.

News of the death of the Business student sent the students on a rampage amid pelting of stones and breaking the windscreen of a saloon car belonging to the headmistress.

It took the intervention of police personnel who were deployed to the school to help maintain calm.

WATCH A VIDEO OF THE MOMENT THE TEACHERS NEGLECTED THE STUDENT TO DIE WHEN THEY COULD HAVE OFFERED HELP; 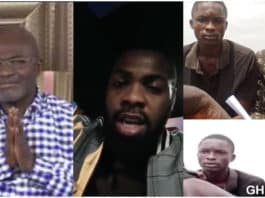 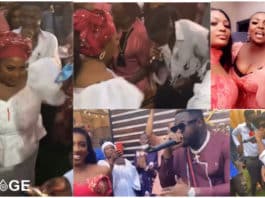 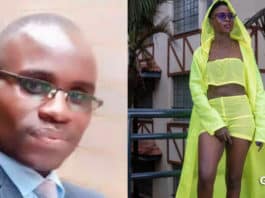