Angry uncle beats niece with cutlass for expressing herself freely 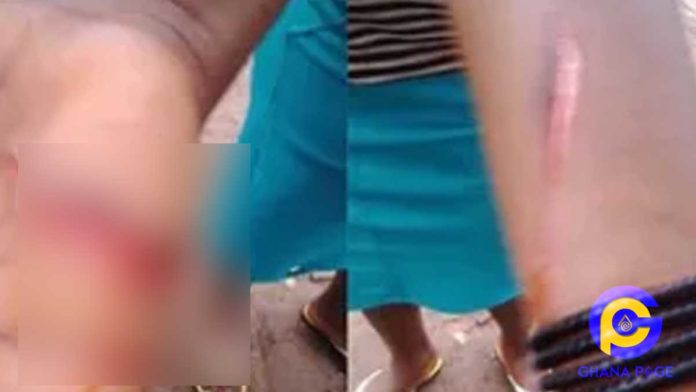 A social media user has shared photos of an injury inflicted on a young girl after her uncle beat her with cutlass just for expressing herself.

According to the social media with the username @presh_enamhe shared a post on his timeline he was a witness to what transpired and the girl’s offense was just because she expressed herself freely to her uncle.

But the uncle who didn’t understand why the girl in question who speak to him freely took hold of a cutlass and started to hit her with it injuring her in the process.

He posted: “This happened right before my eyes.. a young girl being beaten by her uncle with a knife just cuz she expressed herself.. it’s three days now and no one has responded to her cries. Speaking with her this morning she told me she have come to understand how cruel the world has is….I got threatened when I attempted reporting this to the police.

Female molestation pinpricks that flower in my chest every time i hold my tongue when i could take a stand exhaust me. some days i wish i were not stirred by every minor injustice. some days the inevitable backlash of speaking my mind can send me reeling.
the accumulation of anger and dismissal and mockery piles upon my shoulders and seems sometimes too heavy to carry. but even on these days, these quiet, glass-***** lows, i know why i am fighting, and i know to the core of my being that i  will never stop.” 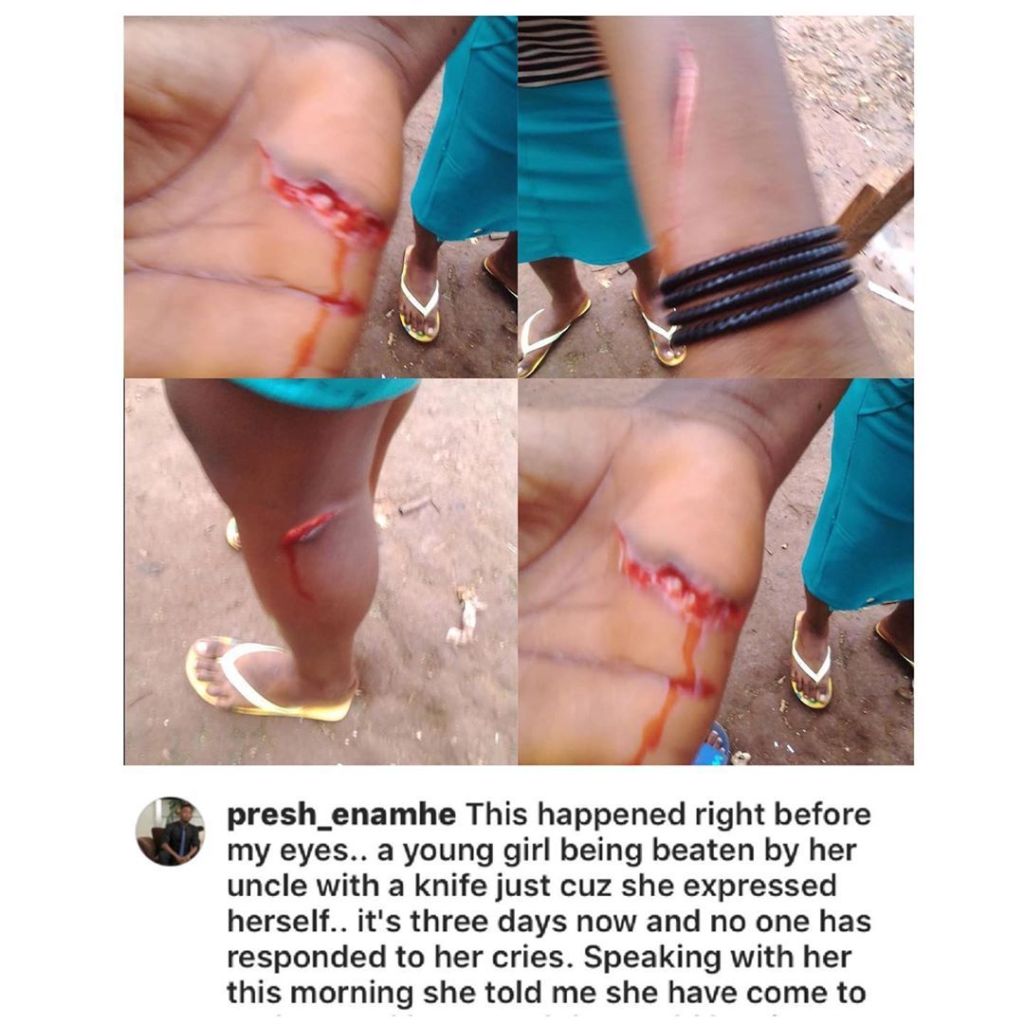