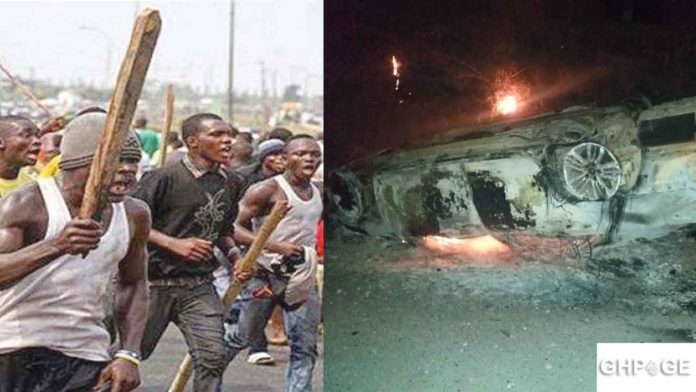 The youth of Amanase near Suhum in the Eastern Region set on fire a vehicle that is believed to belong to the husband of a fetish priestess involved in the killing of a 10-year-old for ritual purposes.

The angry youth accused the man and his accomplice of attempting to kidnap another child in the area for money rituals.

The youth also threatened to take the law into their hands if the police fail to apprehend the culprits to face the full rigours of the law.

“We received information yesterday that, a community member sought the services of a traditional priestess here at Amanase, and he was asked to bring a child to complete the ritual. My brother’s child was targeted to be kidnapped and when we got a hint of it, the family managed to capture the culprit, seized his phone, and rescued the child.

According to the youth, they are concerned about the alarming rate of child murder purposely for money rituals in the community and called on the authorities for assistance.