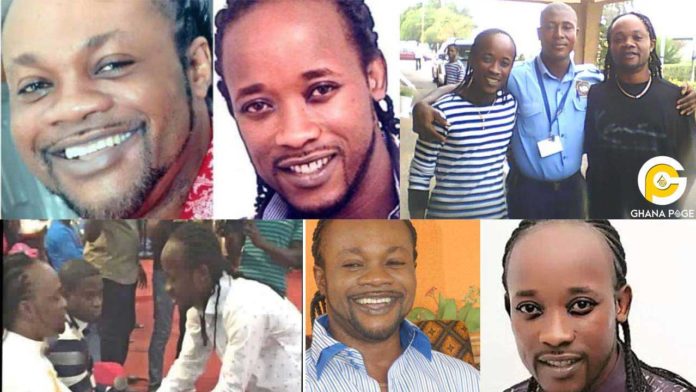 Anokye Supremo aka Daddy Lumba Jr’s death was confirmed on January 30, 2019, in India, where he had undergone successful surgery to get rid of a tumour.

His manager, Zack who accompanied him to India for his surgery has revealed the last song he sang before Anokye Supremo aka Daddy Lumba Junior finally bid us farewell.

According to Zack in an interview with Kofi Adoma Nwanwani, on the day of the surgery, he requested to sing so that I record but I also ask he sings before for me to know the content before I record.

Anokye Supremo also did not end there, he also gave his manager another message to deliver to young musicians in Ghana when he returns.

The manager stated he encouraged him not to give up and assured him he will make it successfully out of the surgery. But unfortunately, after the surgery, Anokye Supremo sunk into comma passed away a few days later.

The song he sang in the video below talks about how Ghanaians and their ‘pull him down’ syndrome is killing this country. He also sang a Gospel song to praise his maker.

His manager also noted that he requested to be prayed for, for the forgiveness of his sins before he entered the theatre room.

Listen to the song below…

The mortal remain of the late musician touched down in Ghana at exactly 12:00 pm yesterday in the company of his manager known as Zack who was with him in India where he had gone for surgery.