Another bullion van attacked by robbers on Winneba-Accra road 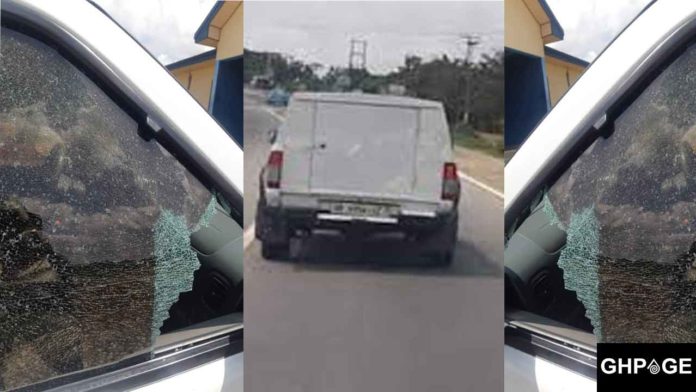 Another bullion van has been reportedly attacked by armed robbers on Thursday at Gomoa Okyereko on the Winneba-Accra road.

According to reports, the bullion van with the registration number GN 6956-17 was attacked by suspected armed robbers.

The armed robbers believed to be about 6 in number emerged from the bush and started shooting at the passenger side of the vehicle where the police officer was seated.

The police escort then ordered the driver to speed off to prevent the robbers from attacking them.

The robbers later took to their heels inside the bush after they failed to rob the bullion van.

The armed robbers were able to shatter the windows of the van but the occupants escaped unhurt.

The bullion van is currently at the Winneba Police custody for investigation.

This is the second bullion van that has been attacked by armed men. On Monday, a police officer was shot in the head by robbers after they attacked the van at James Town.