Just In: Another girl kidnapped in Takoradi 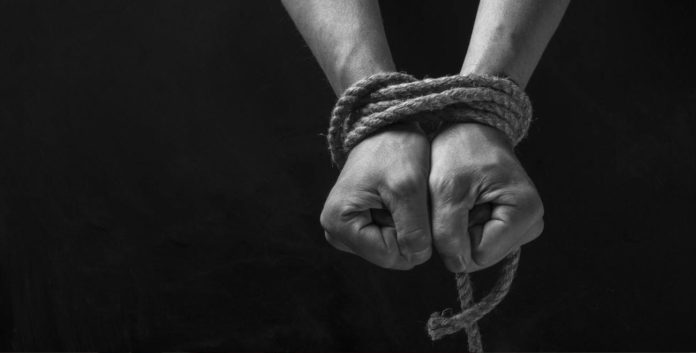 Ghpage.com has just obtained reports that another girl has been kidnapped in Takoradi beside the 3 girls who were kidnapped in December 2018 and are yet to be rescued.

According to the reports, the new case was reported to the police by the father of the kidnapped young lady in the Western Region.

25-year-old Maame Darkoa Anomah, an SHS graduate, was first thought to have gone missing after leaving her family home at Tanokrom on January 14 but some people on January 16 texted her father claiming they have kidnapped her.

SEE ALSO: Police reveal how missing Taadi girls were kidnapped and who kidnapped them [+Photos]

The kidnappers used the young lady’s phone to text the father to warn him not to go to the police or they will kill the daughter.

The message to the father of Maame Darkoa Anomah reads:

However, one of the kidnappers who identified himself in one of the text messages as Ike Nwaze stated he is helping the old student of Amenfiman Senior High School in the Western Region to escape.

The message was sent to the father after he had sent a message to his daughter’s phone to threaten that he will be forced to report her as missing to the Police if she does not return home from wherever she was.

Part of the report on 3news.com reads:

Maame Darko’s uncle who confirmed the incident to Nhyiraba Paa Kwesi Simpson of Takoradi-based Connect FM Thursday said the family has since last Saturday reported the case to the Kwesimintsim Police with the evidence for the necessary action to be taken.

Narrating how they realized Darkoa has been kidnapped, Mr. Seth Tetteh said he and the lady’s father left home on Friday, January 11 for the funeral of their relative.

According to him, they returned on Tuesday, January 15 only to find that their daughter was not home.

SEE ALSO: I regret abandoning my family for ‘ungrateful’ Shatta Wale-Michy speaks from her hideout [READ]

“The father then enquired about the whereabouts of Darkoa only to be told by her mother that she left home the previous day without permission from anyone,” Mr. Tetteh told our correspondent.

He said they then started contacting all the relatives to find out from them if they have in any way seen their daughter but the response was negative.

Mr. Tetteh told our correspondent that after several calls to Darko’s phone went unanswered, the father decided to send her a text message to threaten her that if she did not return home, he would be compelled to report her to the police as a missing person.

After the message, Mr. Tetteh said, they got a reply in which the people claimed to have kidnapped their daughter. When contacted, the Kwesimintsim Police declined to comment on the matter.

The police are yet to rescue the 3 girls, Priscilla Blessing Bentum, 21; Ruth Love Quayson, 18; and Priscilla Koranchie, 15 who were kidnapped in December 2018. The police have already told the press they have in custody 2 suspects, both Nigerians assisting the investigations.

SEE ALSO: Atopa tape of Malawian Director Of Budget and her driver in her office hits social media [Watch]