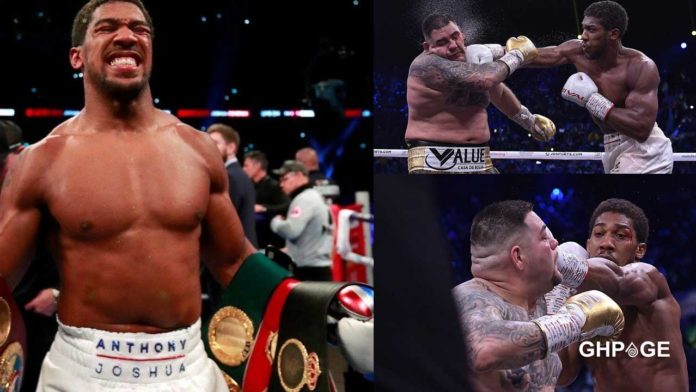 Andy Ruiz sometime in June this year got the people talking after he defeated the British boxer.

Speaking on his victory, Joshua said: “I wanted to put on a boxing masterclass.”

“First of all, thanks to god. The first time was so nice, I had to do it twice,” he said.

“I knew I could win this. This is about boxing, I’m used to knocking guys out.

“I gave the man his credit, I said I would correct myself, I respect Andy, But I wanted to put on a boxing masterclass.

“It’s the sweet science, it’s about hitting and not getting hit.

“No change in mentalist, stay hungry and stay humble. I’m going to remain humble in victory. Thanks to Ruiz and his family, thanks to Saudi, the fans and thanks to god and Eddie Hearn.”

See some photos from the bout.