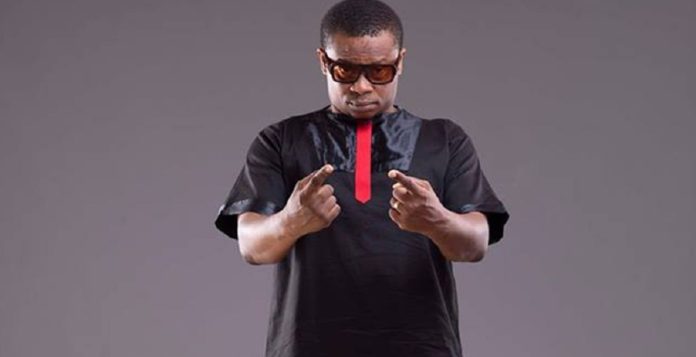 Renowned Ghanaian musician, music producer, and sound engineer Appiah Dankwah popularly known as Appietus has fired the founder and leader of Glorious Wave Church International over his disrespectful comments about Ashanti women that have caused a stir on social media.

The sound engineer who sounded very angry and disappointed in the man of God rained insults on him.

The “Azonto Fiesta” hitmaker described the man of God as a fool and a person who is retarded.

He added that he is disappointed an ordained man of God can spew such words and that he has no respect for women.

Appietus also stated that Prophet Badu Kobi has also disrespected the Ashanti Queen and that he has to apologize to all Ashanti women.

“I am very disappointed that that man of God can stand on a pulpit and do ethnicism. That man is very retarded and this was very stupid. He is supposed to bring people together and I will not mince words, he is a fool and doesn’t have sense.

He is not a man of God and I am surprised the Ashanti women in the church were silent about it and did not walk out of the church auditorium. He has disrespected and insulted the Ashanti queen.

I didn’t believe that such a man at that age could talk like this. That man doesn’t respect himself so I can’t respect him. Ashanti women should take him on so he apologizes to them. He is mad”, Appietus angrily stated.

ALSO READ: Badu Kobi fires back over his tribalistic comment outrage from Ghanaians

This comes after Prophet Badu Kobi in addressing his congregation disclosed that Ashanti women are greedy, disrespectful towards their husbands and ungrateful.

He also added that Fante women are very foolish and it will be a very unwise decision for a man to marry such women.

The man of God also indicated that Ewe women are doormats who allow people to dominate them.