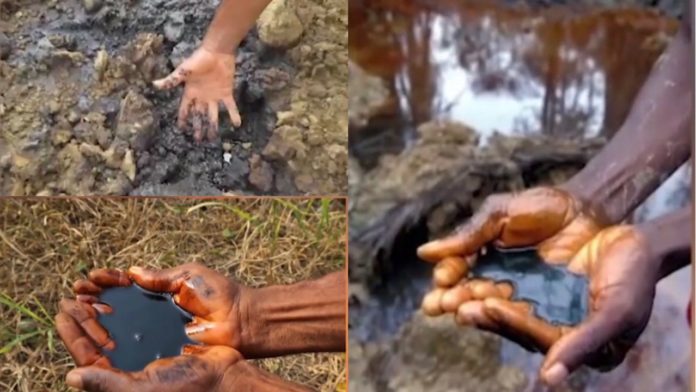 At a poor village in the Western Region, some locals were thrown into a state of jubilation after discovering a substance suspected to be crude oil.

The substance would need to be tested by the National Petroleum Authority to determine whether it passes for crude oil or not.

According to the story which was shared by UTV, the locals believe the substance is crude oil as the Western Region is already a designated area believed to be rich in crude and other mineral resources.

Check out the video below for more…

Crude oil is already being drilled in Ghana after it was discovered in the offshore waters close to the far-western part of the coast.

However, discovering crude oil in the land would be a new phenomenon and the locals of Apremdo are already happy and optimistic.