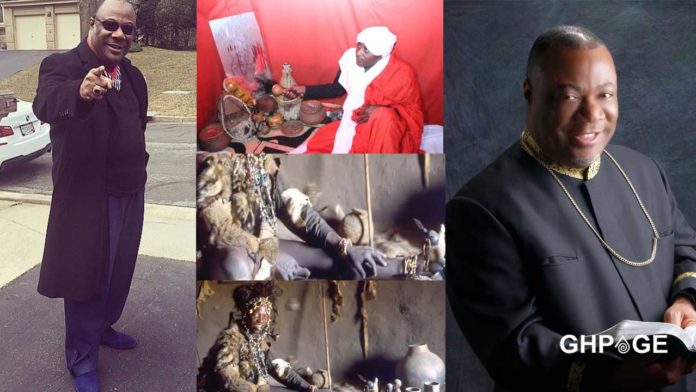 It’s a common practice in Africa to see people who even the success of others take their photos to some fetish priests and Mallams in the bid to bring them down or even kill them.

Though one might not know who the actual enemy is since they can be closer or far away from you.

The founder of Action Chapel Archbishop Duncan-Williams has revealed that he once a victim after his photos were taken to a shrine by an enemy of his.

He disclosed that the main purpose of his enemy was for him to be cursed and had to use his photos as a point of contact.

However, God did not let that happen, as he was prompted in that very hour that his photos had been taken somewhere, Duncan-Williams disclosed.

Narrating what happened he said he was in America a few months ago when he had the revelation that he needed to wake up to pray because, in that very moment, his photos were being cursed.

“I was in America, a few months ago and the Lord woke me up early in the morning and said: ‘They’ve sent your picture to a shrine and they’re casting spells on your picture and they are using divination and casting enchantment over your picture; get up and take divine immunity and deal with it,” Duncan-Williams revealed.

He continued and said he then started to pray unceasingly for himself and his children to overturn all spells being cast on their photos.

Strangely, Duncan-Williams said a few hours after that encounter, one of his sons called to tell him that his photos had been taken to a shrine.

But the son was shocked to learn from him that he was already aware of what was going on.

“A few hours later, one of my sons called and said: ‘Papa, they’ve taken your picture to some places’. I said: ‘I know’. He asked: ‘How do you know?’ I said the Lord told me. I said: ‘I take divine immunity’, and I started praying,” he added.

The archbishop further told the exact prayer she made to conquer the development.

Duncan-Williams said he is reliably informed that those doing this to him are his colleague men of God who are “magicians, diviners, and use sorcery and claim to worship God”.

It would also be remembered that some weeks ago, he came out to say he had revelation were some people had been hired to kill him but were unsuccessful.