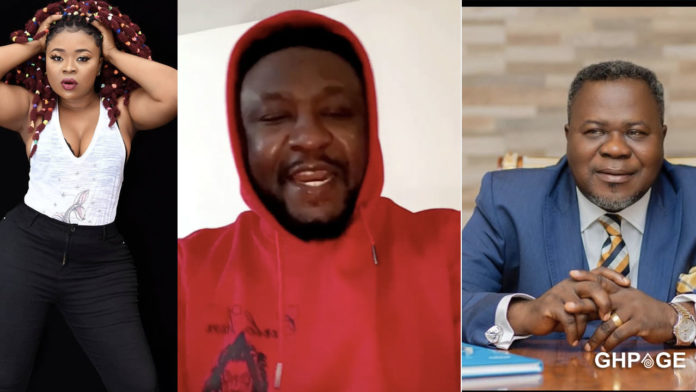 Social media critic turned musician Dennis Anani popularly known as Archipalago has warned Adu Safowaa over a recent comment she made against the CEO of Angel Group of Companies Dr Kwaku Oteng.

In a video Archipalago shared on Instagram, he cautioned Adu Safowaa to desist from tarnishing Dr Kwaku Oteng’s image.

Archipalago, who sounded very angry advised the ‘daughter’ of Dr Kwaku Oteng to not bite the hands that once fed her.

According to the musician, Adu Safowaa is ungrateful and warned her not to discredit the hard work of the business mogul.

He further threatened to deal with Adu Safowaa if she continues with her negative comments about Dr Kwaku Oteng.

Recently, Adu Safowaa made some damning comments about Dr Kwaku Oteng and his businesses.

According to her, the alcoholic beverage produced by the CEO is harmful and unhealthy and also alleged that the drink has killed a lot of consumers.

In a recent interview, she also revealed that the ex-wife of the Dr Kwaku Oteng is now dating a richer man.