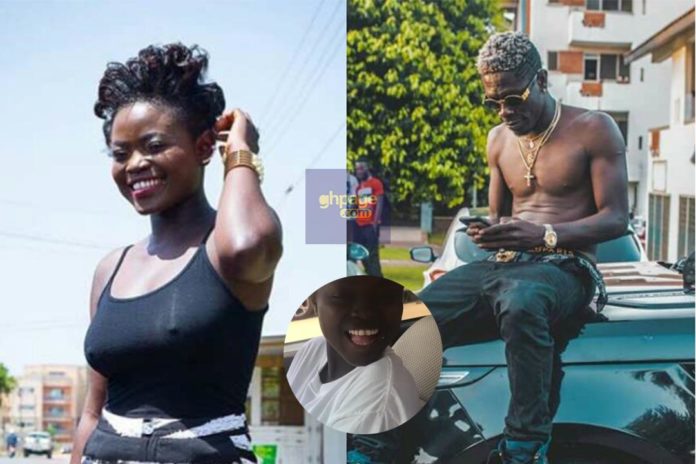 Unless you’ve been living under a rock in Ghana, you’ve probably heard about Shatta Wale’s problems with the mother of his child, Shatta Michy.

The two have been in the news for an alleged fracas that ensued between them some weeks ago. There are even reports that the SM diva has moved out of the dancehall king’s home.

Shortly after their breakup, rumours have emerged of Shatta Wale dating a new lady. An upcoming musician known only as Bigail. Details of their relationship remain scanty.

A video of Bigal (alleged Shatta Wale’s girlfriend) on social media specifically Instagram has got people talking especially fans of Shatta as well as Michy.

In the video, Bigail is spotted playing music in the background while taking photos of herself behaving just like the slay queen she is. In the process of taking the photos, she raises her hands, revealing her armpit.

READ ALSO: Photos: The Father Of Nana Aba Anamoah’s Son Finally Shows Up And He Claims He Loves His Son Dearly

Amongst the trolls, one comment that caught our attention was the one made by a fan with the username worldwide_court. According to this user who is obviously a guy, Bigail needs to check her armpit well before she could be considered a celebrity.

The social media user wrote: “worldwide_court: “Pls check ur armpit if u want to be a celebrity. Thank u.” But then, he added that his response was not meant to ridicule the emerging songstress, but just to “advise her”.