You used Juju to Snatch my guy, why beat another for doing same – Asaawa Gh’s Ex-Girlfriend spits fire on Sharon Gh 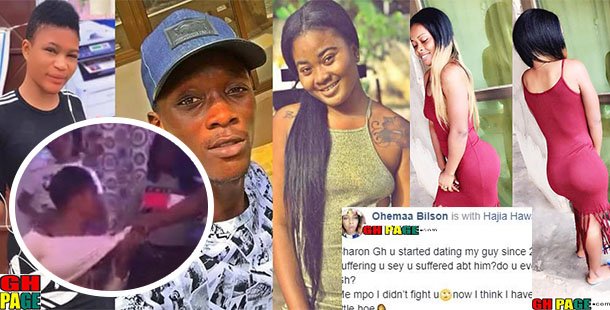 There has been a video which started making rounds on Facebook at 11:30 PM on the evening of Sunday, December 10 which until now has sparked a lot of controversies on social media with tempers flying high with people sharing their divergent views on the issue.[Watch the video here]

A Facebook user by the name Akosua Sika was seen in the video being abused by some ladies for allegedly trying to ‘snatch’ the boyfriend of another Facebook lady named Sharon Gh.

According to Akosua Sika, she accepted the friend request from one Asaawa Gh and they exchanged contacts and immediately started chatting.

Akosua Sika went on to reveal that Asaawa Gh told her unpleasant stuff about his girlfriend and from all indications, made her (Akosua Sika) believe that he wanted to quit the relationship. [Read Akosua Sika’s full explanation on the issue here]

Bringing you up to speed, another Facebook user has popped up, claiming that, the guy (Asaawa Gh) Sharon is fighting over was his boyfriend and she used the same tactics to snatch him from her two months ago.

According to Asaawa’s ex-girlfriend identified as Ohemaa Bilson stated that what baffles her is the fact that, Sharon in the course of beating Akosua could loudly be heard saying, he suffered ‘with’ the guy from the beginning whereas she just snatched him from her just two months ago.

In a related update, she added that Sharon used ‘black magic’ to snatch the guy (Asaawa Gh) from her which she didn’t beat her back then, why beat another(Akosua Sika) for attempting to do same. 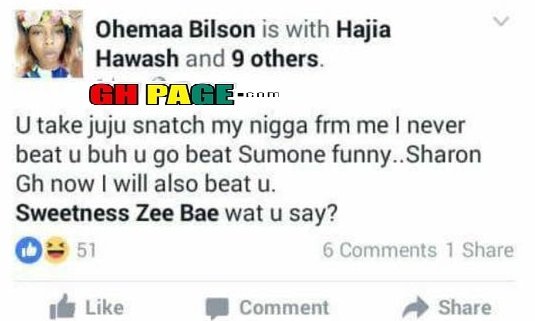 And here is a photo of Asaawa and Sharon

Here are more Photos of Asaawa Gh, the guy the facebook slay queens are fighting over [Photos+Video]