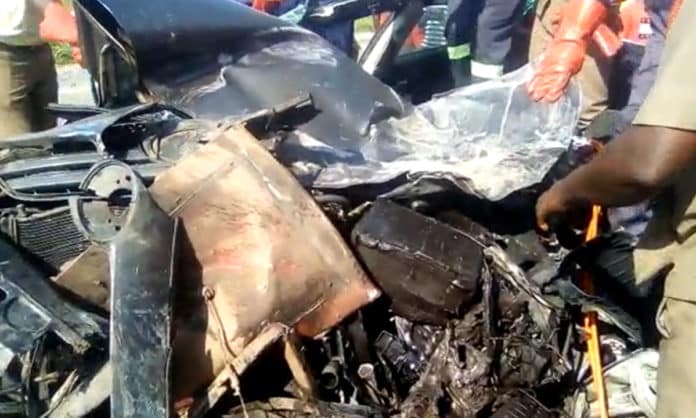 Some seventeen travellers have perished while 16 others have sustained serious injuries in a fatal accident on the Offinso-Abofour road in the Ashanti Region.

The accident occurred Monday morning between a Sprinter Bus heading towards the northern part of the country and an articulated truck from the opposite direction.

The 16 persons who sustained various degrees of injuries have been rushed to a nearby hospital for treatment.

Speaking to Citi News, the Offinso MTTD Commander, DSP Edmund Nyamekye, said preliminary investigations show that the driver of the trailer may have been dozing off, leading to the collision with the Sprinter bus in the opposite direction.

“There was a head-on collision. Seventeen people are dead, and others are injured, who have all been rushed to the hospital for treatment. The driver of the Sprinter is also dead. He should have stopped somewhere and relax, but he went on to drive, lost control of the vehicle, and run into a ditch.”

The bodies of the deceased have been deposited at a nearby morgue for identification while police begins investigation into the incident.