Asiedu Nketia explains why he was named General Mosquito 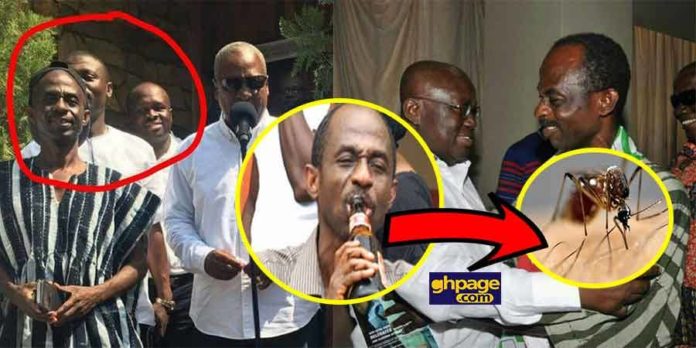 The General Secretary of the opposition National Democratic Congress (NDC), Mr. Johnson Asiedu Nketia has finally opened up on why most politician especially, the ruling New Patriotic Party (NPP) calls him General Mosquito.

According to Asiedu Nketia, contrary to the belief that he was named General Mosquito for his body size, he was actually named after a notorious Rebel leader from Sierra Leone.

General Mosquito who is seeking to be retained as the General Secretary for NDC for another term explained that, during the administration of President John Agyekum Kuffuor, President Kuffuor wanted to appoint MP for Mim in the Brong Ahafo Region at the time for Deputy Minister for Forestry but he knew the man had been sacked from Mim timbers where he used to work for theft.

Armed with this knowledge, he resisted the appointment of the Member of Parliament as Deputy Minister for Forestry.

But he kept fighting until President Agyekum Kufuor decided not to appoint the said Member of parliament as deputy minister again.

By then, the Sierra Leone civil conflict was on and there was a rebel leader name General Mosquito who was a hard nut to crack so the NPP named him (Asiedu Nketia) General Mosquito after the Rebel Leader.

LISTEN TO ASIEDU NKETIA BELOW

SEE ALSO: Boakye Agyarko, the Energy Minister has been sacked by Akufo-Addo; The ‘stinking’ Ameri deal and the alleged parliamentary “bribe” could be the reasons