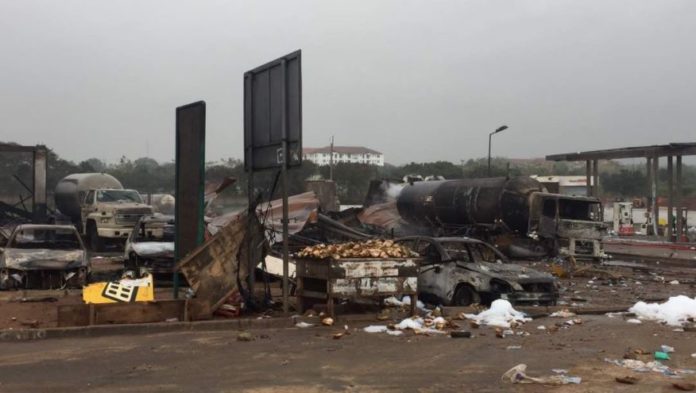 The aftermath of last night’s Madina atomic junction gas explosion is beginning to sink in.

Residents were thrown into a state of pandemonium following the piercing sound of the explosion as well as the giant scary fireball that was formed in the sky.

Students of the University of Ghana and PRESEC fled for their lives.

It is currently unclear what triggered the fire or the number of casualties involved.

According to what Ghpage.com have gathered so far;

The gas explosion occurred at the MANSCO gas station at Atomic Junction which was around 7:30pm

However, a visit to the site reveals the scale of devastation, dozens of vehicles destroyed including gas tankers, its devastation on a grand scale.

And here we have photos aftermath in the morning 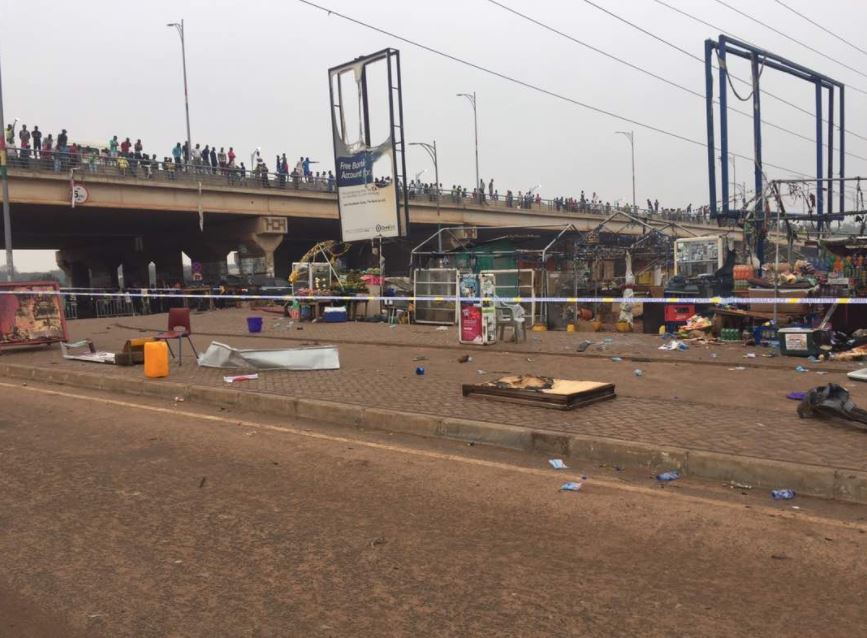