Audio: I did not lie about anything; they all took advantage of my situation & slept with me~ Abena Korkor 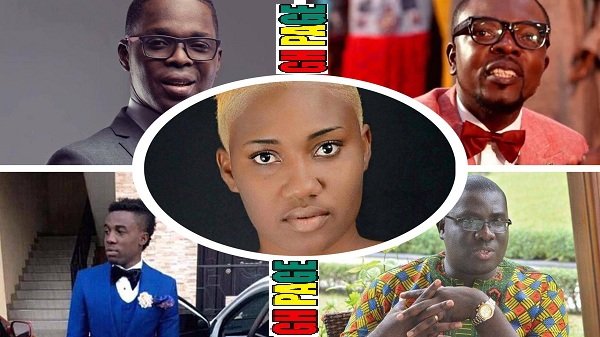 It’s heartbreaking to see the media gang up against the very people they are supposed to protect. Over the weekend Abena Korkor named irresponsible and cheap men who took advantage of her mental disorder to sleep with her under the guise of helping her.

It’s so disgusting that these renowned and respectable people in society went as far as paying as much as Gh¢3000 a session to have a taste of her honeypot.

Nana Abena Korkor is a bipolar patient who suffers mood swing from period to period. According to her, these respectable persons had multiple s*x with her.

So far only Sammy Awuku came out to deny the allegation. Even with that, it was a flimsy denial since he couldn’t really deny ever knowing her or having a special relationship with her.

Ghanaians woke up today to see editorial from Myjoyonline, the same media outfit Kojo Yankson works for that Abena Korkor has apologized for mentioning names of these cheap men disguise as honorable men but it turned out to be a mirage.

A notable and well-respected media outfit such as MyJoy took a WhatsApp status of Abena Korkor to deceive Ghanaians that she has apologized just to throw away the shame of Kojo Yankson and the others?

Well, Abena Korkor has spoken and she insists she never lied about any of the names mentioned and she will never apologize for speaking truth. Interestingly, the Bipolar relapse has passed and she is as sane as ever.

In an audio you will listen below, Abena Korkor bemoaned how society always spit on women who have been abused by men who are supposed to know better. And I perfectly agree with her.

SEE ALSO:Verified: Some of the claims made by Abena Korkor are true – Here Are The Proofs

If Myjoyonlie can stoop so low as to cover up such a stinking abuse of power and disregard for the life of the mentally insane, I wonder how Ghanaians will ever take them seriously again.

Since when did someone’s WhatsApp status which states: “I apologize if I hurt anyone. God be our strength”, means she has apologized for being abused and taken advantage of?

Kojo Yankson, Sammy Awuku, Giovanni Caleb, KOD, Criss Waddle and the others, as well as Myjoyonline, should bow their heads in shame for taking an advantage of their position to not only sexually abuse the powerless in society but also for gagging the cry of an innocent and a disadvantaged young lady. If this is how the powerful in Ghana behave, then we should all weep for Ghana.

SEE ALSO: Nana Abena Akorkor Addo and all you need to know about her— The le@ked videos, Photos and the tall list of men who allegedly have slept with her