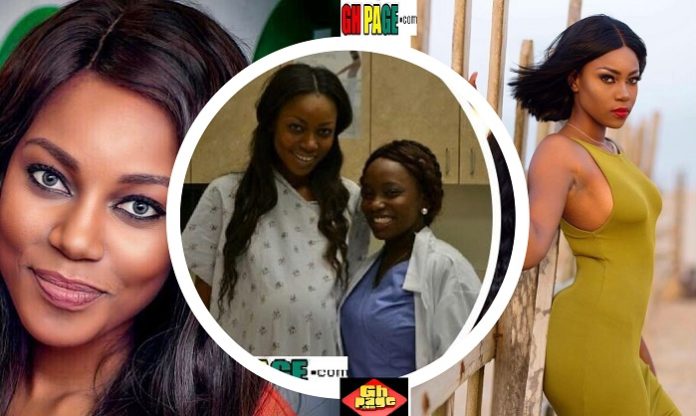 On last week Friday Ghpage.com also reported with a report of the actress’s childbirth.As the rumors rife, it is now that actress and producer, Yvonne Nelson has commented on the rumors about being pregnant and giving birth.

In an InstaVoice message to her fans, she explained her recent inactivity and said that there were too many rumors going on about her that needed to be cleared.

She started off by saying;

She, however, assured her fans that, she is doing so well;

” there is so much I want to say but I don’t know what to say, but I guess when the time comes I will update all of you about stuff that’s happening in my life… but I am fine and as usual, I would say I blessed that I’m alive”

“I know you guys have itchy ears, you wanna hear all the juicy stuff but in due time I will address all of them. My day has been hectic, it’s been different (adding a laughter at the end)”

Listen to the full audio below;

ALSO IN THIS Video: Counsellor Lutterodt Blasts Yvonne Nelson for having baby out of wedlock