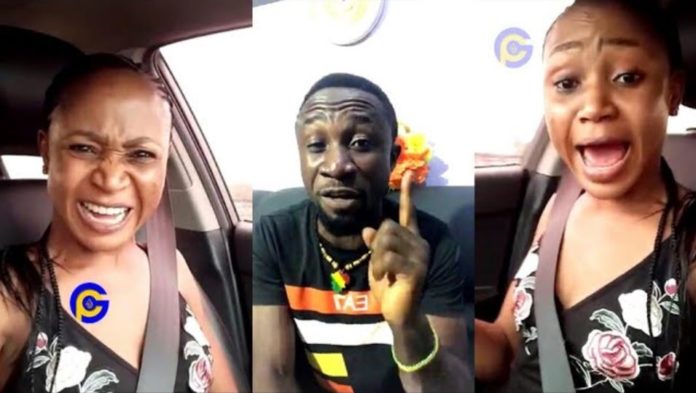 The leader and founder of the House of Torah Jewish Congregation of Ghana, Avraham Ben Moshe has taken a swipe at video vixen Akuapem Poloo for posting raunchy photos on social media.

According to the controversial man of God, Akuapem Poloo is a disgrace to womanhood in Africa.

ALSO READ: I’ve gone places you can only dream of -Akuapem Poloo descends on her haters

“Look at what Akuapem Poloo is doing on social media, she is a disgrace. There are young girls who look up to you so what are you teaching them?

You are a very beautiful lady and any man will love you the way you are. You have gained some fame for going naked on social media, it’s high time you put a stop to that. I was saddened by the video I saw, it is a disgrace to womanhood in Africa.

You have a son and this behavior of yours can affect your son in the future”, Avraham stated.

Avraham further advised the Ghanaian female celebrities to use their platform to empower and advise the youth rather than exposing themselves.

On 1st May, the actress and video vixen shared a raw video of herself on social just to get attention.

Akuapem Poloo shared a raunchy video of herself dancing in her sitting room with only a towel around her body.

The video vixen and Instagram sensation recently revealed in an interview that she wants to be a doctor in the future.