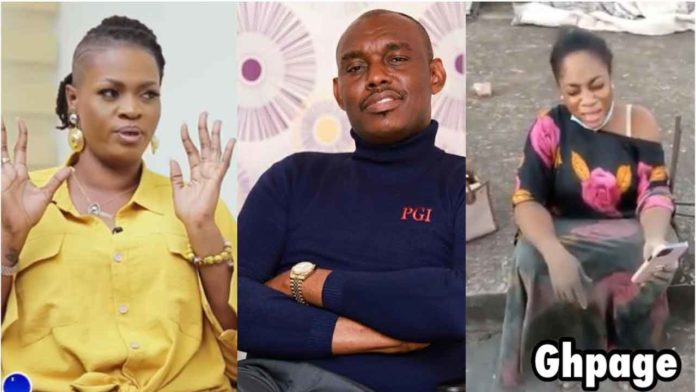 Ayisha Modi has sent out a word of caution to a Nigerian man of God identified as Pastor Louis over Moesha Boduong’s current state.

Ayisha, in a live video, indicated that Pastor Louis is the cause behind Moesha’s predicament and suicidal thoughts.

According to Ayisha, the self-acclaimed man of God is bent on destroying the actress adding that such an act will not happen under her watch.

She revealed that Pastor Louis whisked Moesha away while they were having a prayer session for her and doesn’t know her whereabouts.

Ayisha Modi further warned the pastor to bring her back to normalcy within 24 hours or risk being exposed.

She added that she will attack the man of God spiritually and physically if he fails to bring Moesha back.

“We are giving you less than 24 hours to bring Moesha back. I am her godmother and I will not sit down and watch you destroy the life of Moesha. Whatever you are doing to Moesha, I have seen it so release the girl. You made her sell all her properties and also gave her spell oil to drink, I know about it. Enough is enough, release the girl or else I will expose you”, Ayisha threatened.

This comes after a disturbing video of Moesha Boduong surfaced online which garnered mixed reactions from netizens.

Some are of the view that Moesha is under some kind of spell or mental attack surrounding her new path.