Badu Kobi fires back at demonstrators who stormed his church 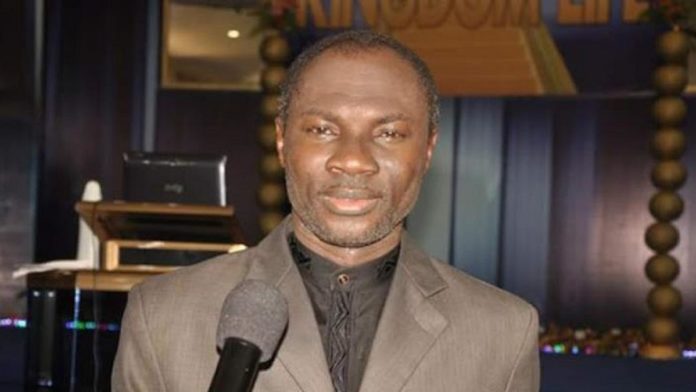 The founder and leader of Glorious Wave Church International Prophet Emmanuel Badu Kobi has lashed out once again and this time is to the demonstrators who stormed his church today.

According to the man of God, he had to generalize the statement he made about some tribes in Ghana because their character represents the tribe.

He stated that all those who spoke against him will surely come to him for help because their tribes will deal with them spiritually.

Prophet Badu Kobi further stated that every tribe has a curse and he is the man of God who will revoke that curses.

“All those fighting me, this is where they will come. Over time, their tribes will deal with them spiritually and they will say; ‘Let’s go to Badu Kobi, he said it’.  They said I shouldn’t have said all Ashanti’s, NO. The character is for the tribe.

Your least problems from your tribe are 17. I will not speak bomb because if people don’t understand you, you don’t speak again. You are rather helping them but they can’t understand you. Every tribe has a curse and a man of God must reveal it for the people to come out of the curse.

You are fighting a man of God, who taught you that? That’s why I said if you resist the truth, you are a witch”, Prophet Badu Kobi stated.

Earlier on, some angry women stormed the church premises of Glorious Wave Church International following some disrespectful and ethnocentric comments he recently made.

These women who felt disrespected were clad in red holding placards with inscriptions such as; ‘Asante women are not greedy’, ‘Fanti women are not stupid’, ‘Property owning is a blessing’, ‘Ewe women are not clueless’, among several others.