Sarkodie was right about Krobo women being prostitutes-Badu Kobi 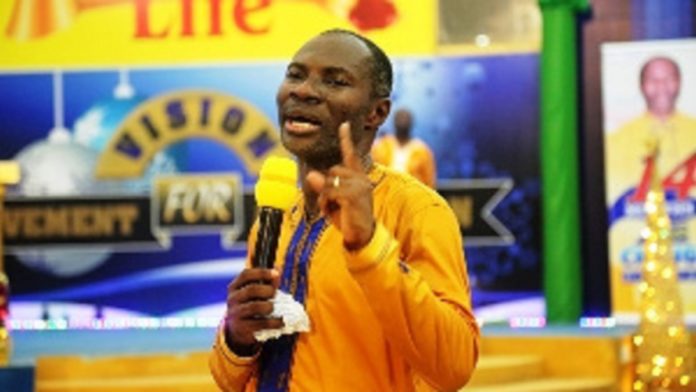 It appears whatever Badu Kobi Smoked 2 weeks ago has not torn from his eyes, he is still going around bashing more tribes and this time around, his focus is on Krobo women.

According to Prophet Emmanuel Badu Kobi, the founder, and leader of Glorious Wave International, Sarkodie was right when he described Krobo women as prostitutes (Adwaman) in the controversial song “Jennifer Lomotey”.

Badu Kobi claims that everything Sarkodie said was the truth and it is shocking that Krobo women who are supposed to pray over it were bashing him needlessly.

The controversial man of God explained that Krobo women should rather go down on their knees and beg God for deliverance and not attack Sarkodie for being honest.

“Sarkodie is married to a Krobo lady but that didn’t stop him from singing about the tribe. What he said about the tribe is the truth. Instead of them listening to the song and advising themselves of the negativity, they are going about bashing him”, Badu Kobi said.

“What am about saying in Ghana, this one is just small. The country should just hold on to this for now because I am not keeping quiet and it is my focus and mission to make Christians richer than politicians,” he added.

A couple of years ago, Ghanaian singer, Kurl Songz released a song titled “Jennifer Lomotey” and featured Sarkodie on the song. Sarkodie referred to Krobo women in his rap as Prostitutes who have been cursed by the famous Komfo Anokye.

SEE ALSO: Finally, Salma Mumin reacts to doing buttocks enlargement surgery in Turkey to please her boyfriend – Here is her message [+Photos after the surgery]

His description did not go down very well with both men and women from Krobo who demanded his immediate apology. Although Sarkodie defended his statements, some Krobo association sued him in court.

Share
Facebook
Twitter
WhatsApp
Previous article‘People always don’t understand you but to me, I see a good heart in you’ – Tiwa Savage praises Shatta Wale
Next article6 surest ways women can bond very well with their mothers-in-law