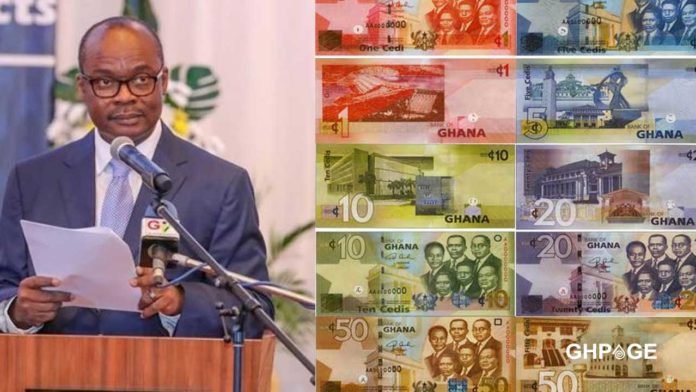 Ghanaians since last week have expressed their dissatisfaction with the current government and the Bank of Ghana(BoG) after it revealed that it was planning to introduce 100ghc, 200ghc as well as 2ghc coin into the system.

Well, a report by the BoG has it that they spent a whopping amount of Ghc 153 million in printing these new currency notes.

The central bank’s report gave the breakdown as follows; the total cost of printing was around GH¢146.7 million while an amount of GH¢2 million was paid as agency fees with more than GH¢4 million spent on other expenses.

According to a source, the expenditure also includes the fees paid to the agency that supervised the printing process, the actual cost of printing the legal tender, and other currency expenses.

Statistics by the BoG further revealed that, since 2012, the cost of printing the legal tender has moved from GH¢7.4 million to about GH¢146.7 million, representing a more than 1,880% growth over the period.

Cumulatively, between that period, the Bank of Ghana has spent in excess of GH¢776.2 million in the actual cost of printing the cedi. Meanwhile, agency fees paid during the period under review has gone up from GH¢769,000 to about GH¢2 million.

The governor of the Bank of Ghana, Dr. Ernest Addison, last Friday, November 29 announced the introduction of the GHC 100, GHC 200 notes and Ghc 2 coins.

He told the media at a press briefing that a lot of thinking went into the decision to introduce the higher denomination banknotes.

According to the governor, the introduction was aligned well with the needs of the people. “We need banknotes and coins that are convenient for most people to use, high quality, secure and cost-effective.

Accordingly, in March 2017, the Bank of Ghana begun a process of conducting a thorough review of the structure of the currency including on the note/coin boundary and acceptability and use of the individual currency series,” Dr Addison said.