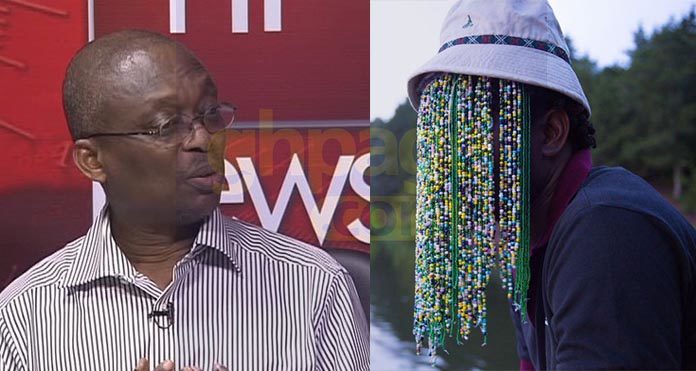 According to an email sent to Sulemana Braimah, the Executive Director of the Media Foundation for West Africa (MFWA) from the British Broadcasting Corporation, contrary to popular belief, not only did the Network not collaborate with Anas on his latest expose, they did not sponsor the investigation as being alleged by some section of Ghanaians lead by Abdul Malik Kweku Baako, the Editor-In-Chief of the New Crusading Guide.

According to BBC, they did a documentary “Betraying the Game” broadcast after Number 12 was first put into the public domain and it was an independent and impartial work and a report about Anas’ investigations.

Before the premiere of Anas Aremeyaw Anas and the Tiger Eye’s latest exposé nicknamed Number 12, the Editor-In-Chief of the New Crusading Guide, Abdul-Malik Kwaku Baako stated that the investigative project which was centered on corruption in Football activities was a joint project between the Tiger Eye PI and the British Broadcasting Corporation.

SEE ALSO: Anas and I are ready to face Kennedy Agyapong – Kwaku Baako

Before the premiere of the exposé, there were calls on some of the people captured in the video to seek a court injunction and stop the premiering of the video.

“Indeed I can tell you that the BBC is disappointed that this happened. I was disappointed, Anas disappointed because none of us knew that there was going to be a response, I got to know after the event had taken place.” – This was in reaction to the call for the arrest of Mr. Nyantakyi by the president

On 30th May 2018 during a discussion on PEACE FM’s morning show Kokrokoo, Abdul Malik Kweku Baako reacting to the calls to have an injunction placed on the video that was yet to be premiered on the 6th June 2018 said:

“If they don’t want us to show it here [in Ghana], we know where to seek that relief,” he added.

It must be noted that Anas Aremeyaw Anas himself, however, in a subsequent media interview denied the assertion previously made by his boss, Mr. Kweku Baako.

READ THE EMAIL FROM BBC BELOW 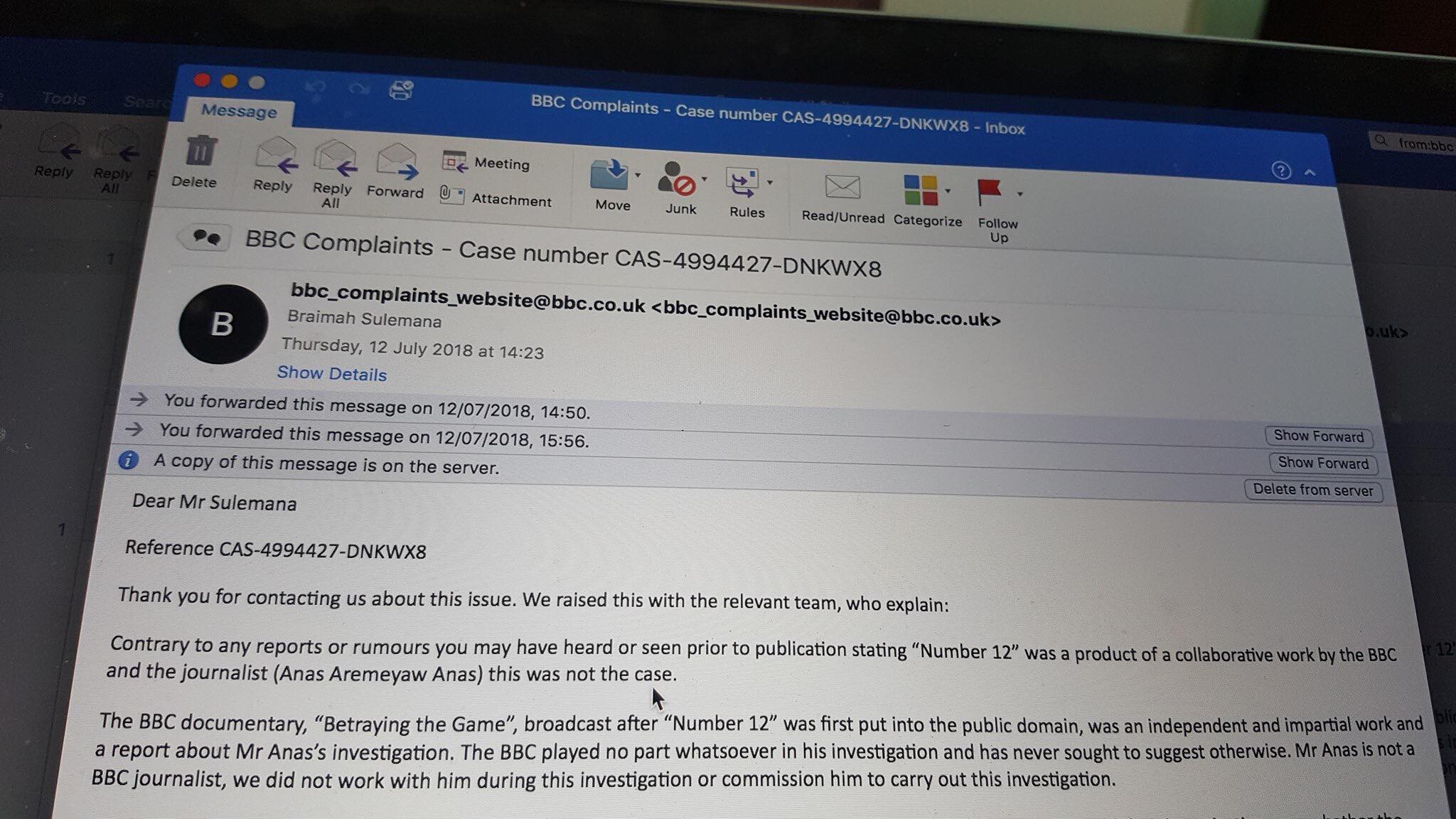