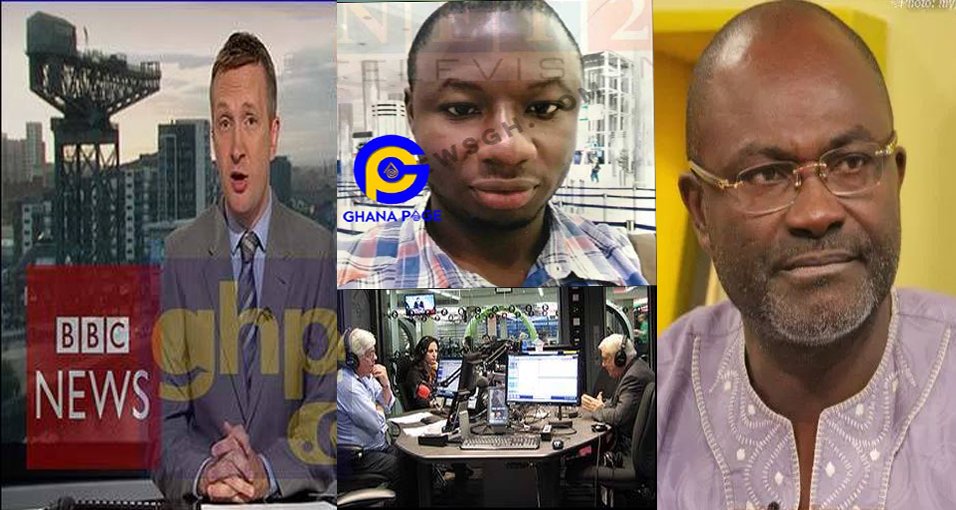 The gruesome murder of Ghanaian undercover journalist and a key partner to Anas Aremeyaw Anas, Ahmed Hussein-Suale as we thought has found its way beyond borders of Ghana to the table of the international media.

UK-based broadcast media BBC has reported on the death of Hussein-Suale, who was killed late Wednesday by thugs in Madina.

The BBC story heavily depicts allegations on the MP Kennedy Agyapong, who has been threatening Anas and his partners ever since his ‘Number 12’ exposé destroyed the corrupt forces in Ghana football.

Viewing deep into their story, the first paragraph paraphrases that the reporter is dead after a local politician called for vengeance against him.

However, aside BBC’s raised allegation, Ghanaians have also been blaming Agyapong for having a hand in Ahmed’s death, whilst the Police CID are also believed to have invited Agyapong over for questioning.

Read full BBC report on the story below…

A Ghanaian undercover journalist has been shot dead while driving home after a politician called for retribution against him.

He was a member of Tiger Eye Private Investigations and had investigated corruption in Ghana’s football leagues.

The undercover report on cash gifts led to a lifetime ban for the former head of Ghana’s Football Association.

BBC Africa Eye made a documentary about the scandal last year after gaining access to the investigation led by journalist Anas Aremayaw Anas, who runs Tiger Eye.

After the BBC broadcast the football documentary, Ghanaian MP Kennedy Agyapong circulated photos of Mr Hussein-Suale and called for retribution against him.

In a press release, Tiger Eye said they were “terribly devastated by the dastardly act”, but were “unshaken” in their pursuit of “nation-wreckers”.

Mr Hussein-Suale was shot twice in the chest and once in the neck in the suburb of Madina at about 23:00 (23:00 GMT) on Wednesday night, reports say.

Read Also: Late Ahmed was the one behind Nyantakyi exposé – Tiger PI Lawyer

His body has reportedly been taken to the Police Hospital Morgue and will be buried soon.

The investigative journalist co-operated with the BBC on several stories, including an investigation into human body parts sold for ritual magic in Malawi.

Violence against the press is rare in Ghana.

According to the Committee to Protect Journalists, only one other journalist has been killed in Ghana since 1992.

The International Federation of Journalists says eight journalists were killed across all of Africa in 2017.