According to the actress, Becca suffered post-natal depression because her mother wasn't available to help take care of her child after she gave birth 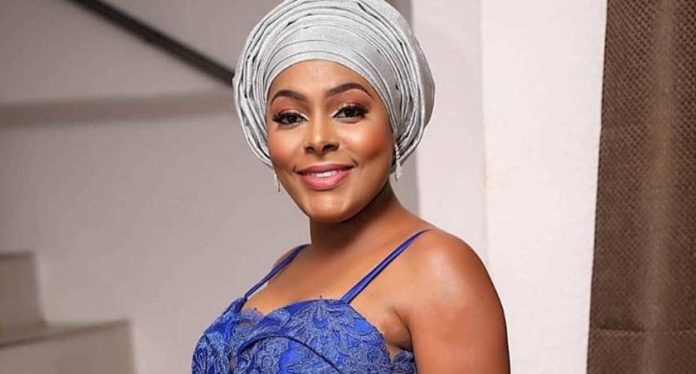 Ghanaian actress and a friend of musician Becca, has made a rather unfortunate revelation about the musician’s mother Mrs Juliet Yiadom-Oti.

According to the actress identified as Soraya Mensah, Becca went through post-natal depression after her mother failed to be with her after she gave birth.

She also revealed that the ‘Na Wash’ hitmaker, had to change her wedding date because her mother had an appointment and might not make it to the wedding.

ALSO READ: Becca’s mother abandoned her after giving birth to her -Lady claims

Soraya further stated that Madam Juliet still showed up very late at her daughter’s wedding even though the date was changed so she could make it.

The actress made this revelation in an Instagram post and added that Becca’s husband, Tobi is a very respectful man who will never disrespect her in such a manner.

“Rarely will you have someone being close to their stepmother instead of their mum, ask yourself why it is so. Becca changed her wedding date from the 15th of August (which is her birthday ) to 18th of August bcos her mum had an appointment at the last min n could not make it on that day. This caused problems with vendors bcos the change of date didn’t favor them n other issues.

Now if Becca didn’t want u at her wedding will she change her wedding date just so u can make it. To add up you came so late to ur own daughters wedding ..Come on, as you say a mother is a mother, a daughter is a daughter too. wrong platform to talk about your issues when u know your daughter is a public figure .. if you wanted her attention you go on social media n say very nice things about your daughter not what u said.

I will never disrespect my Mum n any other n Becca won’t either but mummy u didn’t do well at all. Tobi is a respectful man n can never say such a thing to you mum ( if u say he said it on social media, Good where is the proof?) … people should not be quick to judge Becca … now, what have u gained from what you did?

Your daughter almost went through post-natal depression bcos she wished that her own mum was there to help her take care of baby n you were nowhere. Hmmm, I pray God fights Becca’s battle for her.. and also Pray that @beccafrica finds peace n forgives her mum & also pray God helps your mum with whatever problem she has that is making her say such things. I know you love your mum n will not disgrace her the way she has”, she revealed. 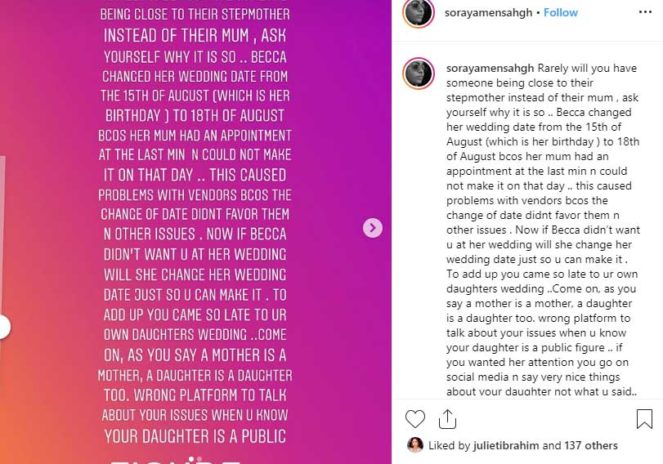 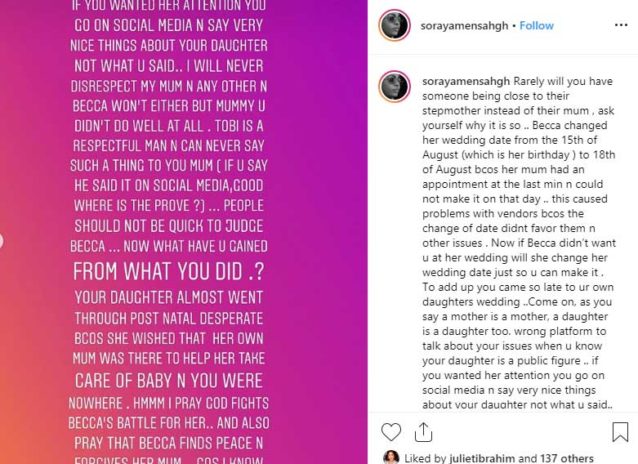 ALSO READ: I gave birth to Becca at the age of 15 years -Becca’s mum

It seems this whole brouhaha about Becca, her mother (Madam Juliet) and husband Tobi Sanni Daniel is not ending anytime soon.

Stay with Ghanapage.com for more updates.