Becca amidst fight with her mum is set to release a brand new song with Shatta Wale but her fans are angry. 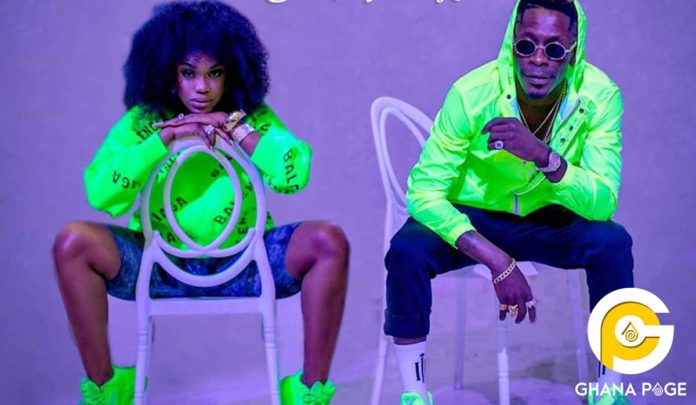 I’m pretty sure no one imagined of waking up and reading a story about songstress Becca born Rebecca Acheampong have issues with her biological mother.

Well, the singer, her husband Tobi and her mother known as Mrs. Juliana Yiadom-Oti have been trending in the news lately after it was reported that Tobi had referred to his mother-in-law as a witch.

Becca’s mum who couldn’t sit and watch his Nigerian son-in-law responded and also called Tobi a thief who is in the life of her daughter just to milk her dry because he saw Becca’s contract with Zylofon media.

Also Read: Becca’s mother exposed by Becca’s best friend on why the woman is ‘ashamed’ to visit Becca’s & her daughter

Becca has been silent since the news broke out making people wonder why she a woman would sit down and watch her husband talk ill about her biological mother without showing concern or support to her mother.

She angered social media users more after she liked a video of Afia Schwarzenegger raining insults on her mother and confirming that indeed Mrs. Juliana Yiadom-Oti is a witch.

Well, Becca plans to release her brand new single titled “Driving License” which features Shatta Wale on Friday but her fans and followers have started warning to stop and first deal with her issue with her mother first otherwise the song won’t blow as she would expect.

Also Read: I was not ready for marriage, Becca ‘advised’ me to marry her-Tobi Sanni tells Becca’s mum [Video]

She released a thriller to the video yesterday hoping to get all positive feedback but it turned out that not all of her fans are happy with that move.

@abena417 said: “Nobody will jam to it, you cannot be successful when you disrespect your mum even if she never took care of you she is your mother get that.”

@saywhatiwannasayyy thought Becca and her husband should apologize: “If your momma died today, you’ll deeply regret it! You better make peace with her. You’re letting your husband call your own mom a witch?? Shame on you!”

@mowu18 did agree: “Becca you forgot to go beg your mum, that’s what we are ready for. Your husband too should do the same.”

@slimmy_bby also said: “Nice one but you still need to apologize to your mum.”