Becca finally drops date for her traditional marriage and it's on the 18th of August,2018 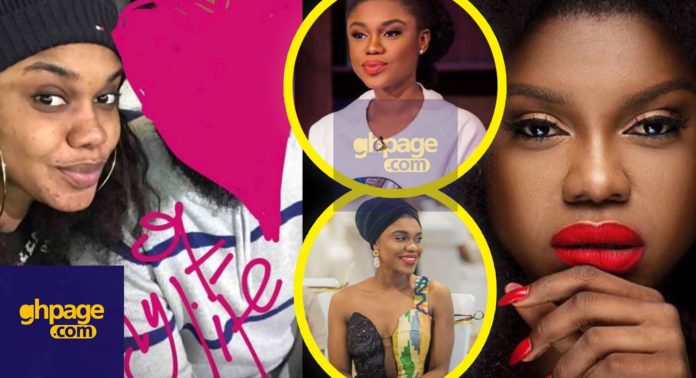 Ghanaian Afropop singer, Becca is set to wed on Saturday, August 18, 2018, according to information GHPAGE.com gathered from Hitz FM.

The venue, though, was not disclosed but we gather it will surely be held in Accra.

GHPAGE.com had earlier reported that the Songstress Rebecca Akosua Acheampomaa Acheampong, will be walking down the aisle with her Mr. Right this year.

She disclosed that in an interview with Sunyani-based Suncity Radio’s Showbiz 971 when the host probed when she will be getting married as most of her colleagues are now taking that path.

Now, the question on most people’s lips is which man she will be getting married to.

The musician had once shared a photo of a man she called the love of her life and covered his face so that nobody would recognize him or know who he is.

She was spotted wearing a ring sometime back and fans wondered if she had secretly married her ‘faceless’ man but it seems Becca is now gearing up for that.

Becca has recently been in the news for bleaching her skin.

The singer, who was recently in South Africa to promote her new song, “Nana” featuring Sarkodie shared on Instagram, a video boogying in one of the studios she granted an interview.

The video which was supposed to excite her fans rather angered some of her die-hard fans who do not understand why she keeps bleaching her skin.

They trooped to the comment section to tell her their minds.